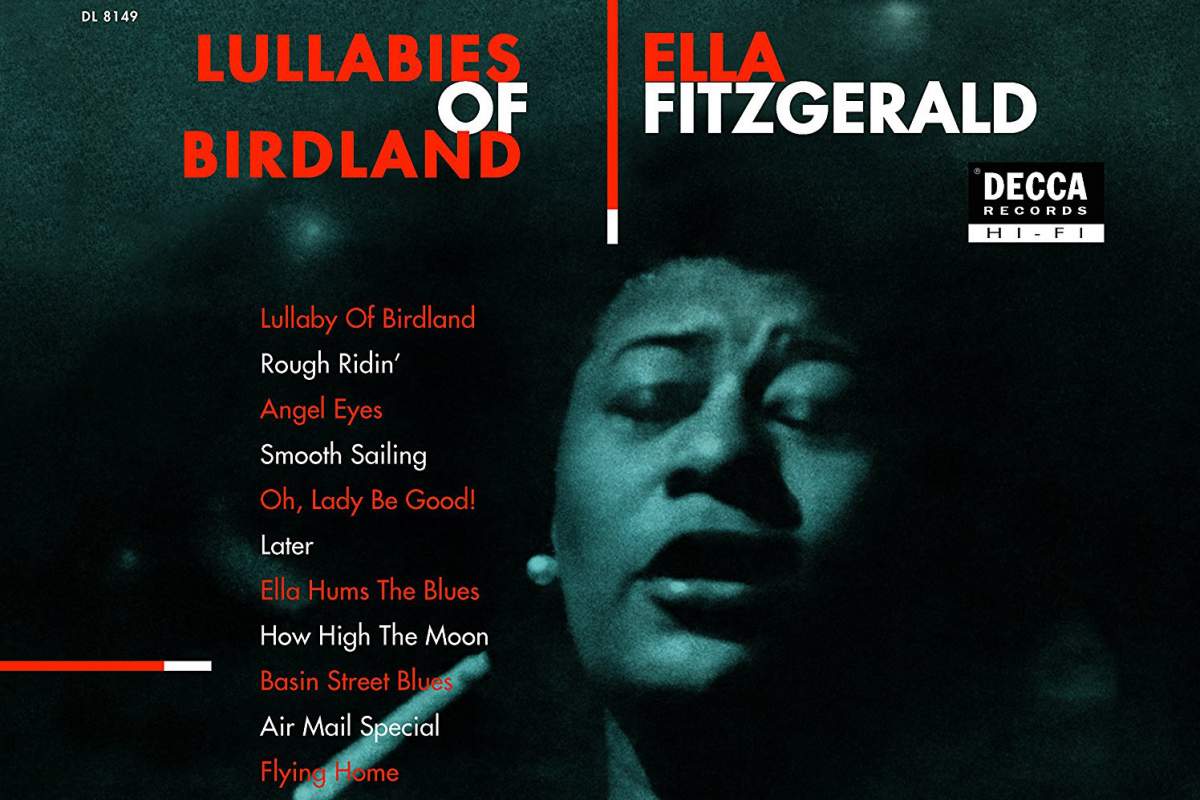 In honor of the new PBS documentary "Ella Fitzgerald: Just One Of Those Things" premiering on WTIU, Tuesday June 8th, we're highlighting this past episode of Afterglow about Ella's early career...

Also, check out this other episode, highlighting Ella's later career on Verve Records...

This week, we celebrate the First Lady of Song, Ella Fitzgerald with a look at her early career. Starting in 1935, Ella began her recording career with Decca Records, and over the next 20 years, she matured from a big band vocalist in Chick Webb's band, to the most acclaimed jazz singer—and the greatest scat singer—around. We'll highlight this evolution on this program.

Ella Fitzgerald grew up poor in Yonkers, New York in the 1920s, and showed an affinity for singing early on, being able to imitate the songs of Louis Armstrong or Connee Boswell that she heard on the radio. However, Ella's first love was not singing, but dance, and it was dancing that led her to her first big break. In 1934, when Ella was 17 years old, broke with barely any clean clothes, she tried her luck at Amateur Night at the famed Apollo Theater in Harlem, wanting to compete as a dancer. However, she saw that there was a much better dance group already competing that evening, so at the last moment, she decided to sing. She did her best Connee Boswell impression, and won over the crowd. And just like that, seemingly out of nowhere, she became an overnight sensation in Harlem.

Within months, she was hired by drummer Chick Webb, who at the time had one of the leading orchestras in Harlem, but who was hoping to break out onto the national stage. With Ella's help, the Chick Webb Orchestra eventually would.

In June of 1935, Ella went into the studio with Webb, and recorded her first record for the newly formed Decca label, "I'll Chase The Blues Away." Her voice was thin and juvenile, but even this young she had a remarkable sense of pitch and even better sense of rhythm and swing. By the end of 1936, she began to exhibit her skills as a true musician, and not just the band's "girl singer," by improvising and scat singing on songs like "(You'll Have To Swing It) Mr. Paganini."

Ella Fitzgerald's star-making turn came in 1938 on a tune that she had a hand in writing. It was her idea to turn the old nursery rhyme "A-Tisket, A-Tasket" into a swing tune, and she did so with the help of the band's arranger Van Alexander. With Ella's girlish voice and childlike innocence and joy, the tune became Chick Webb's first national hit, and turned Ella Fitzgerald into a household name. It also inspired other artists like Nat King Cole and Louis Armstrong to go down the nursery rhyme route. As Lena Horne once put it, "everyone went looking for that yellow basket."

While this song marked the beginning of Ella's fame, it sadly marked the end of Chick Webb's. Webb suffered from tuberculosis of the spine which not only stunted his growth but also shortened his life. He died in 1939 at age 34, and Ella, his protégée, sang at the funeral.

Decca Records decided to keep Webb's orchestra — then one of their biggest hitmakers — intact. But they decided to make the orchestra's biggest star, Ella Fitzgerald, the de facto leader. Less than a month after Webb's death, Ella Fitzgerald and her Famous Orchestra were back in the recording studio, and recording her next big hit "Stairway to the Stars."

Over the next 2 years, Ella would continue to record with the band, maintaining her impeccable sense of rhythm and pitch, all the while learning more about the art of singing. Her voice moved out of her throat and into her diaphragm, and matured into a much richer instrument by 1941. She also began to try her hand at better crafted songs, like Duke Ellington's "I Got It Bad (And That Ain't Good)."

In 1941, Decca president Milt Gabler made the decision to disband Ella's Famous Orchestra and try to sell her as a solo artist. The War Years for Ella — roughly 1941 to 1947 — were not especially fruitful. There were some attempts to sell her commercially by pairing her up with artists like her former bandmate and R&B star Louis Jordan or the vocal The Ink Spots, although it was clear that she was light-years ahead of them musically. There were also other attempts to let her thrive artistically, by allowing her to record more straight-ahead jazz numbers and do more scat singing. In 1945, she was just beginning to show off her jazz chops for Decca Records, and distinguishing herself as the greatest jazz singer of her generation (and someone who could probably scat better than many trumpeters could solo).

In 1947, Ella Fitzgerald had begun working on a scat solo to the Gershwin tune "Oh, Lady Be Good" in the club circuit. When Gabler heard her perform it, he knew that he had to record the song. It wasn't a record intended to sell any copies, but instead, it was there to show that Ella could rank herself among the best of the emerging bebop musicians.

When they went into the studio on March 19th, Ella had the whole arrangement already in her head, each melody in each phrase more tuneful than the last. Amazingly, she recorded it in one take, and it remains one of the most iconic jazz solos of all time. She would return to this arrangement many times over the course of her concert career, and it remains one of the only vocal solos that's been imitated by instrumentalists.

The early 1950s saw the introduction of the new long-playing record, and Decca was quick to bring Ella onto the new medium. Her first 10" LP marked a turning point for the singer. Ella Sings Gershwin was more of a ballad album than a pop or jazz album, and showcased the singer trying her hand at a more subtle approach to song, accompanied only by pianist Ellis Larkins. It also shows Ella for the first time tackling the songbook of a single composer, something that she became known for in the second half of her career singing for the Verve label.

In 1954, Decca records tried to get lightning to strike twice and brought Ella back into the studio with pianist Ellis Larkins to record 10 more songs together as a duet. The album Songs In A Mellow Mood is a lot like Ella Sings Gershwin, with a few more uptempo numbers. Both musicians have an excellent sense of time, and these recordings remain some of the finest of her career.

Jazz At The Philharmonic

Songs In A Mellow Mood would end up being one of the last things she recorded for the Decca label, and that has to do with a person she met about five years earlier by the name of Norman Granz. Granz was a concert promoter, who in the 1940s began to organize a series of concerts out in Los Angeles called "Jazz At The Philharmonic," featuring some of the best jazz musicians including Nat King Cole, Benny Carter, Oscar Peterson, and Charlie Parker.

The Jazz At The Philharmonic concerts eventually hit the road, both nationally and internationally, and the live recordings of these concerts gave people all over the world a sense of what the best players sounded like live. Granz had an ear for talent, and he knew that he wanted Ella to perform in his concert series, despite her contract with Decca. In 1949, he managed to snag her for a Carnegie Hall concert, and she continued to tour with Granz for the next five years, delighting audiences with her vocal feats and her winning personality.

In 1955, Granz had the idea to start a new jazz record label, and Ella Fitzgerald was the centerpiece behind this idea. He struggled for months to free Ella from her contract with Decca. Once he did, Verve Records was created, and Ella Fitzgerald began working on a series of songbook albums which would later define her career as one of the finest interpreters of the Great American Songbook.