There’s plenty of year-end lists to go around, and we at StateImpact wanted to make sure the education nerds (a group we happily subscribe to) had a list of our own. We’ve created a rundown of 10 education stories from 2015, to remind you of the wild ride we had.

And we want your input! Refresh your memory with explanations of the issues, then vote in our survey to let us know what you think were the biggest topics of the year.

This issue really started the year off on a hectic note. When schools started receiving information about administering the annual assessment, it became clear the test would be significantly longer than in previous years. (We explain why the test was so long here.)

Responding to outrage from parents and schools, lawmakers and members of the State Board of Education began coming up with ways to shorten the test. Testing consultants visited with the INSBOE and Gov. Mike Pence eventually signed an executive order shortening the test.

New State Board of Education Members

We all remember the State Board of Education meetings of yesteryear: public arguments, lawsuits, and arguably more disagreements than policy decisions. So the legislature intervened and passed legislation to change the makeup of the board. The Speaker of the House and Senate President Pro Tem each got an appointment, along with the governor – they replaced five board members in early summer. 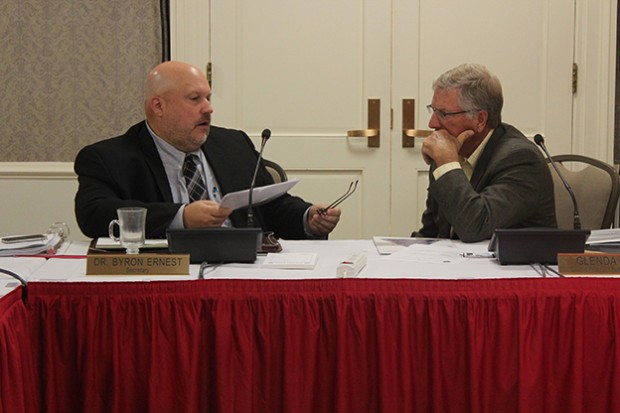 In the same item of legislation that eventually changed the make up of the INSBOE, the legislature also tried to remove the state superintendent as chair of the board. This did not go over well with the public, who rallied against the move, saying it was an attempt to remove a Democrat who the governor didn’t get along with. Lawmakers eventually dropped this part of the bill.

On My Way Pre-K Launches In All 5 Pilot Counties

The state’s pre-k pilot program launched in four counties at the beginning of this year to overwhelming interest. The fifth participant, Jackson County, waited until the fall to launch their program. The amount of kids in Allen, Jackson, Marion, Vanderburgh and Lake counties that wanted a scholarship far exceeded the available spots, proving Indiana’s low-income families want the experience of early education for their kids. 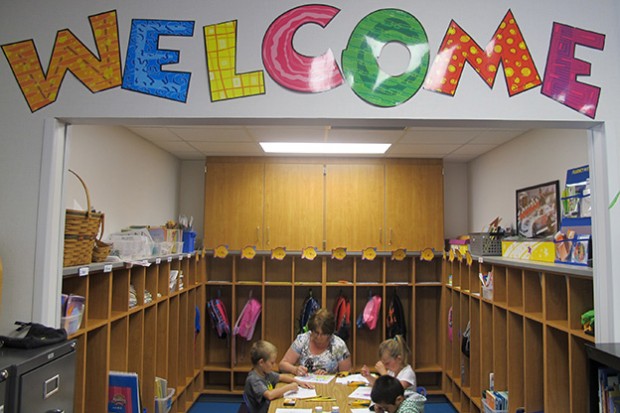 2015 marked a budget year for the General Assembly, meaning the legislature decided how to allocate state funds for the next two years. With more than 50 percent of state money going toward schools, the funding formula was top of mind for most of the session. This formula hadn’t been rewritten in a few years, and the final version was controversial because it added money to the base amount allotted per student, but reduced the additional funds going toward students living in poverty. The end result: most schools were displeased with their allocations.

Indiana and testing company CTB have a rocky history. Technology glitches delayed testing in 2013, and this strained relationship only got worse in 2015. At the end of the summer, when ISTEP+ scores should have been close to being released, CTB president Ellen Haley told the INSBOE they would be delayed for several months because of grading errors. At year’s end, we are still waiting on those scores, and the delay has put off the issue of A-F grades and teacher bonuses.

In her announcement in June, state Superintendent Glenda Ritz said the proposed legislation that sought to remove her from her State Board chairmanship propelled her to run for Governor Pence’s job. But the campaign was short-lived with a few campaign events occurring over the summer before Ritz dropped out of the race in August. 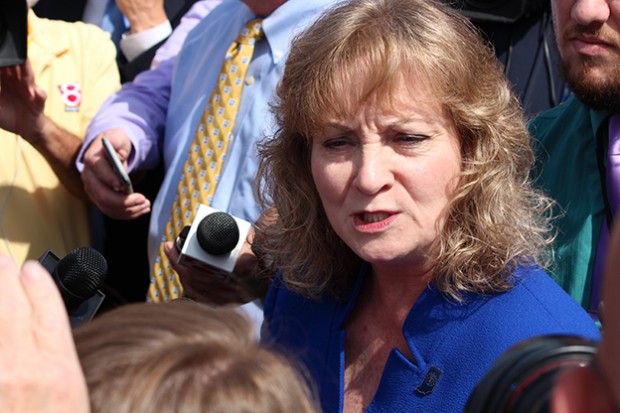 When state numbers showing the number of new state-issued teaching licenses had dropped, state leaders declared a teacher shortage across Indiana. State Superintendent Glenda Ritz convened a panel of teachers, lawmakers and other stakeholders to address the issue, and lawmakers began discussing what they could do in 2016 to curb the problem with legislation.

Feds Pass New Version Of No Child Left Behind

Just this month, the U.S. Congress passed an updated version of No Child Left Behind, giving states more say and control over assessments, accountability, teacher evaluations and low-performing schools. The details about how states can take advantage of this are still unknown, but once the U.S. Department of Education issues guidelines for utilizing this flexibility, Indiana’s education leaders say they will definitely take advantage.

High School Diplomas Get A Makeover

Drafts of new versions of the state’s high school diploma surfaced this year, and Indiana’s Department of Education changed a lot in creating its new requirements. The original intention was to show the INSBOE drafts and get them approved by the end of the year, but many people spoke out against the new requirements. Big areas of contention included more math credits, a lack of required fine arts classes, and a huge concern for special education students. The INSBOE decided to send the new diplomas back to the drawing board – so Superintendent Ritz will convene a group of educators to rework some of the requirements next year.

Create your own user feedback survey