As Hoosiers headed to the polls Nov. 8, many voters brought along their kids. In Monroe County, public schools gave kids the day off, meaning many elementary school students came with their parents to watch them vote. We talked to some of these future voters about the importance of casting your ballot. 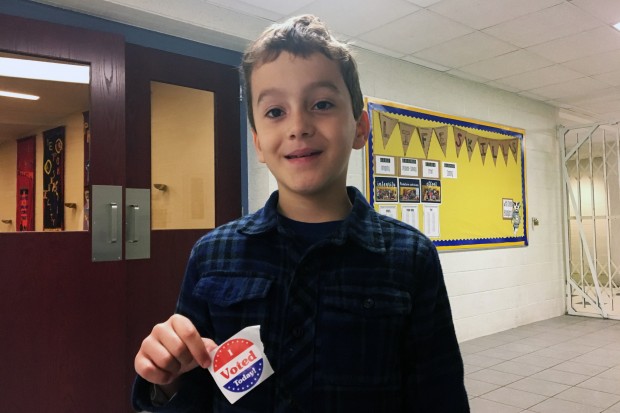 Keegan Donovan went to Binford Elementary School in Bloomington where his dad voted. He voted in a school election that day before. (photo credit: Claire McInerny/Indiana Public Broadcasting)

“I think [voting] is really important,” Donovan says. “You will want the person that you want to be president. It would be unfair if it came to the president you didn’t want and there wasn’t an election.” 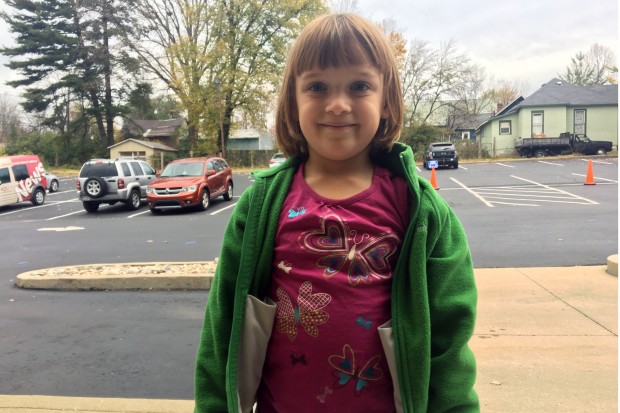 Lorelei Jaffe voted with her mom Tuesday, and brought along the book “White House Dog.” When asked if a dog would make a good president? “I guess so. But a dog would make a crazy president.” (photo credit: Claire McInerny/Indiana Public Broadcasting.)

“The president has to rule the world after you vote,” Jaffe says. “And they live all the way in America. That’s far away, you could take four planes to get there, I don’t know.” 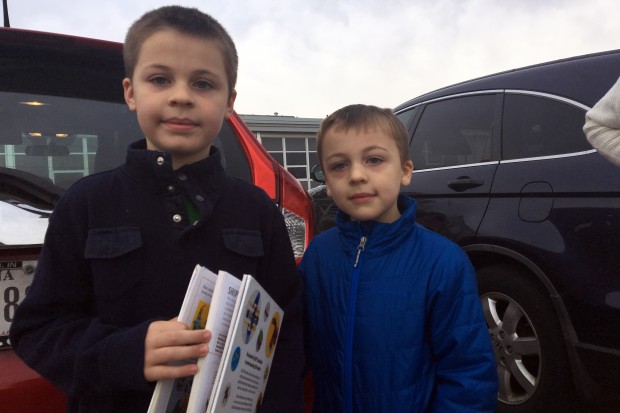 “You want to get as much voters on your side as you can,” Mackaywhite says. “Or else you lose the election and your rival becomes president. And that’s not something you want.”