Indiana’s state funding formula is the mechanism for determining how much money the state gives to each school corporation. Currently, each district receives a minimum amount of $4,280 per enrolled pupil. (Kindergarteners are counted as half a student.) “Average daily membership” is determined by a single-day head count. For the 2012-13 school year, that day was Sept. 14. ADM isn’t a measure of attendance — kids who are absent on count day are still included in the district’s total enrollment.

The formula is changed and modified during the legislature’s biannual budget process. Additional funds are distributed based on the number of students who receive free and reduced-price lunches, students who graduate with honors and students who have disabilities.

The legislature has eliminated a number of funding programs, including additional grants for small school districts and K-3 students. The state also eliminated the “de-ghoster” or “re-ghoster” program, which allowed schools to spread out any loss of funding due to declining enrollment over three years.

As Indiana expands choice programs like charters and vouchers, some districts have complained that they’re footing the bill for students who return to their local public schools after count day. That’s why the legislature added a second count day — Feb. 15, 2013, this year. In the future, it’s likely schools will see their funding adjusted based on the second semester count. Indiana Department of Education officials say it’s one more way to make sure funding follows the student in Indiana.

What About Higher Education? 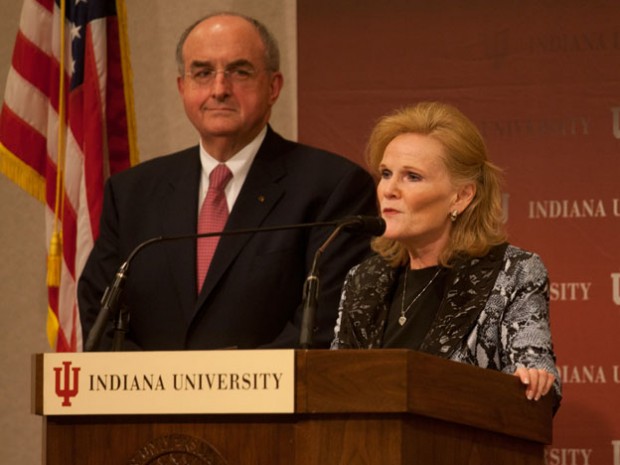 The influential Indiana Commission for Higher Education, an executive agency that oversees the Indiana’s public universities, came out with a plan to tie a greater portion of state funding to a college’s academic performance. Indiana’s revised performance funding formula is designed to give schools specific targets that fit the state’s policy goals.

“We’re really trying to increase the number of people who complete [degrees], who complete on time, and we want to make sure we are incenting the right kinds of degrees,” says Teresa Lubbers, the state’s Commissioner for Higher Education.

Currently, 5 percent of the Indiana’s $1.2 billion higher education budget — roughly $61 million — is distributed based on performance metrics. After the Commission’s approval of the new funding formula on December 9, that figure will increase to 6 percent in 2014 (an estimated $73 million based on current funding levels), and 7 percent by 2015.

Compared with previous years, where the state based 1 or 2 percent of its funding formula on performance measures, “we’re starting to talk about real money now,” Lubbers says.

The state will rate schools and determine their funding levels based on these criteria:

Some key pieces of the legislation have superintendents and teachers concerned.