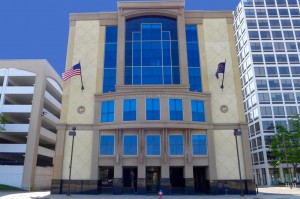 There aren’t enough kids to fill South Bend Community Schools to their full capacity, so officials unveiled a proposal this week to close or repurpose six elementary and middle schools. If the proposal – called Focus 2018 – receives approval, it would also help the corporation meet federal racial requirements mandated for the district.

“And then we can align those resources in a better fashion to support more student programs, and making sure our students are college and career ready,” Spells says.

Spells added that South Bend saw an enrollment decrease of more than 400 students this year. This type of decline has forced a number of public schools around the state to shuffle funds and building plans in recent years. But Spells says he hopes these proposed changes will attract more families to the district and help reverse previous enrollment losses.

The new plans would also help South Bend schools meet a Department of Justice requirement on racial balance in schools. Before Focus 2018 can be implemented, federal officials must evaluate and approve the plan to ensure it fits with the decree. It requires each South Bend Community School maintain a percentage of black students within 15 percent of the overall total enrolled in the district.

Additional changes in the plan include new bell times to increase instructional time for elementary students. It also outlines plans to shift fifth grade students back to elementary schools instead of keeping them at intermediate schools. A public forum will be hosted at the Century Center Nov. 27. The school board vote on the proposal is scheduled for early December.