The data is clear: Indiana is indeed experiencing a teacher shortage.

Since the issue came to lawmakers’ attention this summer, the Department of Education confirmed that the Hoosier state has seen more than a 30 percent drop in the number of people licensed as first-time teachers.

What’s still a bit blurry is what policymakers will do to remedy the problem.

Nearly everyone involved in education has their opinion about why Indiana is seeing fewer people enter and remain in the teaching profession – whether that’s barriers to entry, opportunities for advancement, pay or other working conditions. And along with these countless identified issues come countless recommendations for ways to fix them.

With all these suggestions coming from so many angles, it could take more time than most people expect to see some results – and even longer to see sustained change. 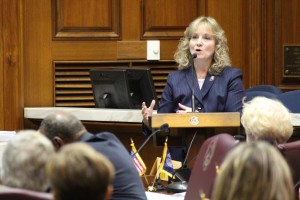 On one hand, policymakers seem to be making some real strides in narrowing down potential solutions to Indiana’s teacher shortage.

The 2015 Blue Ribbon Commission, a group of about 50 leading educators from across Indiana headed by state Superintendent Glenda Ritz, has been meeting for a month now. They’re focused on matching root causes and possible solutions in the areas of teacher recruitment and retention.

The group has begun to identify existing strategies that Ritz says could be implemented in other areas of the state – like one currently in place in the Butler University community, called “tapping.”

It involves asking classroom teachers and other education professionals to identify students or other individuals they think would make good teaching candidates in the future by tapping them on the shoulder and engaging them in a conversation about the profession. Butler has developed a business card to distribute to those individuals, encouraging them to visit the university’s College of Education website to learn more information about potential degree options.

“I think there’s something very powerful about somebody saying to you, ‘I think you would be great at this'” says Angela Lupton, assistant dean of Butler’s College of Education. “Sometimes students don’t even potentially see themselves as teachers unless someone points that out to them.”

This type of strategy has been echoed by many people outside of the Blue Ribbon Commission, as well – along with a laundry list of other likable, doable, popular ideas people have begun to rally around:

It’s always good to have options. But that’s also part of the problem: it becomes difficult to narrow down which are most critical or time-pressing.

So many options, so little time

For Superintendent Ritz, when it comes to change the key word is “systematic.”

“We’re just working on the system – what’s already in place? What do we need to add?” Ritz explains. “We want to have quality teachers in our classrooms. What does that look like, from recruiting efforts, to pre-service efforts, to mentoring while in the classroom, to compensation, to working conditions?”

And that’s why lawmakers are taking their time committing to any specific idea.

The General Assembly’s Interim Study Committee on Education held a meeting this week to talk about the shortage issue. They were inundated with data and input from all angles — enough to keep members engaged on the topic for an 8-hour session.

Still, they’re waiting another week to take any steps forward.

“I don’t think any of us have all the answers – I don’t even think we have all the data we need to make logical suggestions about what the problem is and how we’re going to fix it,” says committee co-chair Rep. Bob Behning, R-Indianapolis. “But I think there are some things that we probably can tweak with.”

Even though many of the official policymaking groups aim to have recommendations ready for the start of the legislative session in January, Lupton says the shortage is not something that will be fixed overnight. 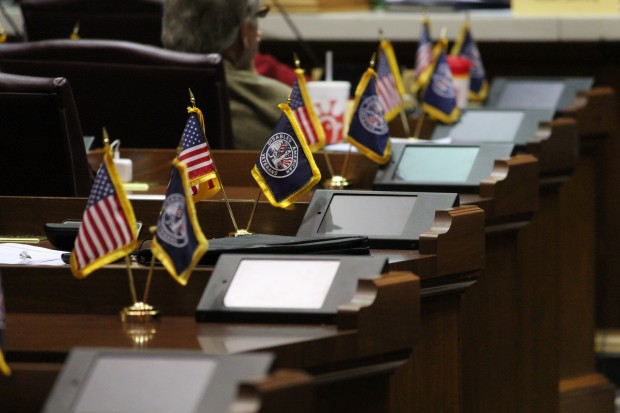 “Long-term change in education never happens within an election cycle,” Lupton says. “Teacher shortage is maybe the issue of the day right now, and it’s certainly something that we need to address, but what we really need to think about is the collective good of the teaching profession.”

“We’ve got to do a lot of small things in order to make sure that for generations to come, teaching is viewed by both the external and the internal groups as the important profession that it is,” she adds.

Realistically, legislators may not even be able to act on all of their proposals in the coming session. It’s not a budget year, so lawmakers might have to hold off on bringing some of their more financially focused ideas forth until 2017.

Some teachers find this process frustrating.

Dee Emmons teaches high school in Howard County. She waited through the entire study committee meeting Monday. Many of her colleagues had to leave before getting their chance to speak – and Emmons says those voices are critical to include in the conversation.

And she’s not alone:

I feel like all I have heard in this meeting is data. Would love to hear from some actual teachers.

We have already listened to 3 hours of data from experts. No need to hear from teachers, taxpayers, or IN residents. https://t.co/37qK9COFxD

Most teachers have family obligations back home. Should allow them first. Legislature should have done this regionally in summer. — Keith Clock (@keithclock) October 19, 2015

But there is likely still time for these people to voice their concerns. Like the committee meeting itself, many say the process of filling teaching positions across the state will be a marathon, not a sprint.

“We have to realize that education is not like a switch where you can just turn a switch and then all of a sudden, everything switches over,” Lupton says. “But we can continually make incremental shifts that will also help these students.”

“We all have the same desired outcomes, and we have to figure out who’s going to take which pieces of the pie so that it all gets solved.”
—Angela Lupton, Assistant Dean, Butler University College of Education

For example, it will take some time to see results from a strategy like tapping – in some cases, identified candidates are current juniors or seniors in high school who wouldn’t enter the teaching force for another four to six years.

But Lupton adds that strategies like this are still helpful – and quite unique – because they can be implemented at anytime without legislative approval.

“We all have the same desired outcomes, and we have to figure out who’s going to take which pieces of the pie so that it all gets solved,” she adds.

“I think it can be solved, I think it is more of a long-term fix,” Emmons agrees. “I think they can do some short-term things to help. Mainly, try to make teaching something that people want to do, that young people who are drawn to teaching want to do again.”

Lupton meets with fellow members of the Blue Ribbon Commission to begin drafting a legislative agenda on November 16, and again on December 7.

The Assembly’s study committee meets once more on Monday.