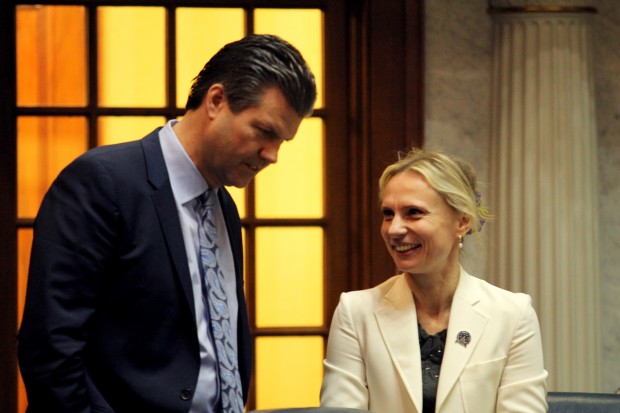 The state took over Gary and Muncie schools last year because of financial problems, and bill sponsor Sen. Ryan Mishler (R-Bremen) said a core focus of the bill is to help more schools avoid those situations.

“There’s another part of this bill that helps prevent schools and helps them to work with DUAB to come up with a plan to prevent them – a confidential plan that doesn’t even make it public to prevent them from becoming a distressed school,” Mishler says.

The bill would create a watchlist for struggling school districts to receive additional corrective help from the state through the Distressed Units Appeal Board, or DUAB.

However, if the state takes over a financially distressed school, the bill would allow up to 5 percent of the workforce to be fired mid-year – including teachers – to address budget problems.

The bill passed 35-14. Lawmakers will now decide how to address differences between the House and Senate versions. If the final version is approved by both chambers, it goes to the governor.