At the end of four years-worth of notable changes to Indiana’s education policies, you head back to the polls Tuesday to decide whether the state’s top elected education official gets to keep his job.

You also get to elect a new governor — a Republican who favors catalyzing public-private partnerships to improve career education, or a Democrat who hopes to start a state-run pre-K program.

You can join us tonight for our live election night coverage. We’ll be holding a live chat and will be tracking results in the Superintendent of Public Instruction race between Tony Bennett and Glenda Ritz, along with local property tax questions on the ballot in three communities.

But first, you have to go vote. 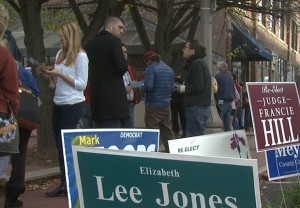 Voters line up in downtown Bloomington to cast early ballots in the 2012 election. 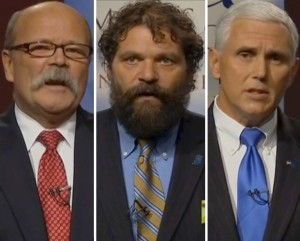 The New General Assembly & Other Issues