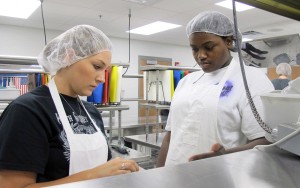 In a state where unemployment remains above 8 percent, jobs and the economy have dominated the Indiana governor’s race. So it’s no surprise that both Mike Pence and John Gregg have pinned their education platforms on career readiness.

“We have heard from both gubernatorial candidates that they would look to education as a way of addressing economic development in Indiana,” says David Dresslar, executive director of the Center of Excellence in Leadership of Learning at the University of Indianapolis. “Both candidates have talked about career and technical education as being important.”

But it’s an issue that’s largely nonpartisan, says Dresslar, and likely to come down to how well Tuesday’s winner can work with the General Assembly to create new programs for Hoosier students.

So why call for such programs now? Former Center for Evaluation and Education Policy director Jonathan Plucker has a theory: Americans don’t buy the argument that college degrees are the only path to prosperity.

‘We’ll just make everyone a college graduate and the economy will grow.’ Well, there’s a lot of holes in that economic argument. It’s been great for colleges and universities as they try to balance lack of state support or declining state support, but I’m not sure it’s actually good for every single student. I think a lot of people will at least quietly acknowledge that now. So it’s the idea, you know, we need skilled people and talented people across a variety of roles, across a variety of different careers and jobs. And it’s probably getting more national attention out of the U.S. Department of Education than it is in any other state.

Pence, the Republican candidate, wants to have that conversation at the state level:

“If young people are able to learn those things and get those industry certifications and that training in high school, that saves dollars for businesses, and those may well be dollars that we ask them to invest in strengthening our local schools,” he told StateImpact.

“In the last eight years, vocational ed has been put on the second burner and almost eradicated from a lot of our schools, and I think that points to part of the problem that we’ve cut $900 million from our schools and our public universities,” he told StateImpact.