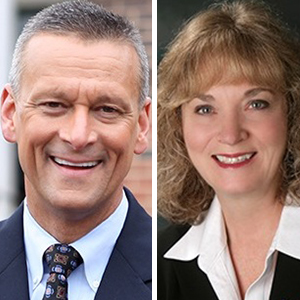 Here at StateImpact, we try not to obsess about political horseraces — we are policy people at heart.

But grant us this digression, because a recent poll shows the race between state superintendent Tony Bennett and his electoral challenger Glenda Ritz could be much tighter than many had anticipated.

Among Republicans, Bennett is drawing only 68% of the vote (compared to 82% for Pence), and only 26% of independents. With female voters, Bennett is flagging with only 34% supporting him, compared to 46% of the men. That may be due to teachers talking to mothers. Ritz is picking up 39% of the female vote and 33% of male voters. Because of this polling, HPI rates this race a “Tossup.” An upset is possible.

Bennett has outraised Ritz by well more than $1.25 million. She will post just under $250,000 and has a last week TV buy of about $130,000 in targeted cable and four media markets. Bennett has been up on the air for more than two months.

Here’s an additional point to consider: pollsters contacted voters sampled in the Howey/DePaul poll between Oct. 28 and Oct. 30.

On Oct. 31 — the day after field work on the poll had wrapped up — the State Board of Education approved A-F letter grades for all Indiana schools. As part of that release, news organizations statewide featured both Bennett and Ritz in front-page stories.

It’s not clear how much impact, if any, that news event had on voters’ preferences in the state superintendent race. But if it nudged any undecided voters off the fence, the Howey/DePauw Poll would not show it.

Bellwether Research president and CEO Christine Matthews — one of the pollsters Howey hired to conduct the survey — says the race in Bennett’s last bid for office was just as close:

We conducted statewide polling in 2008 when Tony Bennett ran for the first time and we found him in a similar position, leading his opponent by 4 points in late October with fully a third of voters undecided in what was an open seat race. Bennett went on the win election by a 51-49% margin in a presidential year decidedly less favorable to Republicans than 2012 will be…

It’s one of the less political state offices, but why aren’t Republicans more supportive of an officeholder who has garnered national recognition for his reform efforts? This is one office, though, that may very well be susceptible to moving with turnout — a strong Republican turnout on Election Day will undoubtedly favor Bennett.

We’re obsessing over these poll numbers because they are the only ones we’ve seen for this race — but, as with any poll numbers, we’re trying to take them with a grain of salt. (Based on HoosierAccess’ gripes about the poll’s assessment of the Mourdock-Donnelly U.S. Senate race, we bet they’d ask us to make it a big grain of salt.)