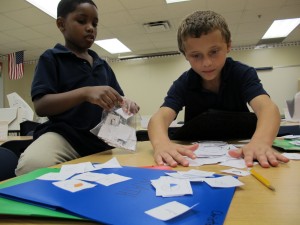 There may be one on every corner, they argue, but there might not be enough students to support them.

By early next week, the Indiana Charter School Board will decide whether to approve applications for nine new charter schools statewide, including three in Indianapolis.

But IPS officials say Indianapolis’ 23 charter schools, representing half of the state’s total, may already be too many for the city, pointing to charters they say are closing due to low enrollment. (All of this while — as we’ve written — charter schools serve few rural areas in Indiana.) 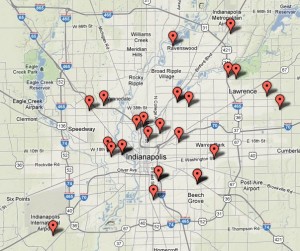 “At what point have we reached the saturation point regarding charters?” IPS spokesperson Mary Louise Bewley said in testimony to the Charter Board on Wednesday. “IPS is concerned about the ability of our city to absorb the number of charters that are being proposed.”

From the application for South Indianapolis Charter Academy:

Currently, many existing elementary schools in the South Indianapolis area have low student passage rates for standardized reading, ELA and Mathematics. Many of these elementary schools are not doing an adequate job in serving some of the high needs students they enroll (e.g., minority students, ELL students, free/reduced lunch students). Within a five mile radius of Emmerich Manual High School, there are approximately 30,000 students in the 5 to 14 age range. These students are in need of high‐performing K‐6 schools, and our vision with South Indianapolis Charter Academy is to provide parents in that community with high‐performing schools to serve their children.

“The beauty of the charter school model is that it’s a school of choice. If people don’t feel it’s a value added, then people won’t send their kids there and the school won’t survive. If in fact we can provide something that’s better, a better alternative, then it will flourish and it will benefit the community,” Page said.

Fountain Square and Fall Creek Academies in Indianapolis are also in danger of closing.

Bewley said IPS is not opposed to charter schools and “not afraid of competition.” She pointed out, though, that IPS has closed 14 schools in 6 years in neighborhoods where enrollment in public schools had already been declining.

“It doesn’t make sense to put too much of anything — whether it’s Starbucks, or McDonalds, or schools — in the same geographic area, especially when the population base does not support it,” Bewley said.

So has Indianapolis reached the charter school “saturation point,” as Bewley suggests? Do you feel IPS is sincerely unafraid of competition from charters? Leave your comments!