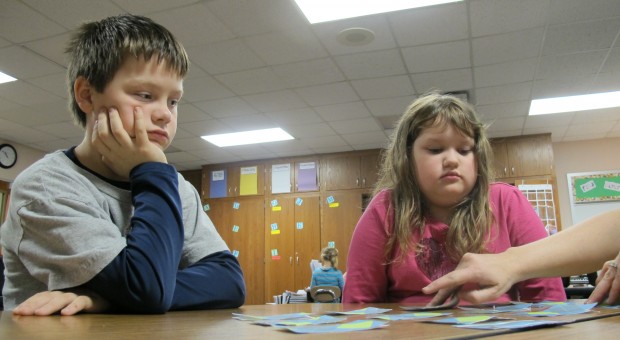 Imagine taking a test with some of the highest stakes of your academic career at the age of 8 or 9.

With more students taking critical standardized tests as early as third grade, some schools have decided to test students earlier and more often, hoping the data from exam results can offer clues into which kids need extra instruction.

Opponents say such “data-driven instruction” simply masks schools’ teaching to standardized tests. But proponents say they don’t confuse testing for teaching, saying the data helps teachers identify a problem with a student, not correct it.

Data As A Thermometer

In a way, teachers have always used data to track how well students are doing, but the data points were largely anecdotal — a pop quiz score, a casual teacher observation. 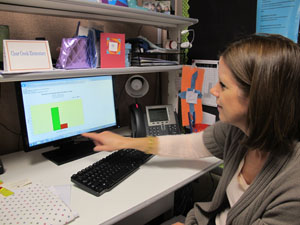 But with an increased national focus on standardized test scores, the data collection process has become much more formalized in recent years. Schools now rely on more standardized assessments to gather data on their students’ performance, says Cathy Diersing, a charter school administrator and adjunct faculty member at the Indiana University School of Education.

The shift has allowed teachers to measure students not only against their classmates, but against the state and national standards that shape the standardized assessments.

Indiana’s new reading exam for third graders underscores how high the stakes on statewide exams can get. Every third grader statewide will take the IREAD-3, a standardized test of their reading abilities, this March. Students who don’t pass cannot move on to the fourth grade.

“This year, when we end the cruel, defeatist practice of passing children who cannot read into fourth grade… others will take notice of Indiana yet again.”
—Gov. Mitch Daniels in his State of the State address

“We’re using AIMSweb as a temperature check to say, well, they’re sick — they’re clearly not reading at the grade level that they are at,” says Nancy Fisher, a literacy coach at Monroe County’s Clear Creek Elementary. “Then we diagnose, just like a doctor would diagnose after taking a temperature, finding the patient — the child — is sick.”

A teacher can administer an AIMSweb exam in roughly a minute. The exam only measures a student’s ability to fluently read a passage out loud, but provides staff with an idea of the child’s progress.

Data As A Pressure Point

Diersing says data can be helpful for educators, but separating data collection from the pressure of test preparation is hard for students.

“How do you help kids know that this is another way that we find out what kinds of things we can do and need to do, when at home, the conversation might be about ‘You won’t go to fourth grade if you don’t pass this test. Get in there and do it’? And that is really difficult,” Diersing says.

“The success is in becoming the reader,” Diersing adds, not in passing a standardized test.

Jenny Robinson, whose second grade daugher in Monroe County Community Schools will take the IREAD-3 next year, says she believes students and teachers are becoming overwhelmed with testing.

“Data-driven instruction sounds scary to me. I don’t want that,” Robinson says. “I don’t think that we should assume that constant data is necessarily helpful. I think that you need to look at long-term results.”

Robinson says she wants her children to learn to love reading on their own — not because they must learn to read to pass a high-stakes test.

Data As A Turning Point?

In his State of the State address in January, Gov. Mitch Daniels said the full implementation of the IREAD-3 exam this year will “end the cruel, defeatist practice of passing children who cannot read into fourth grade.”

“At home, the conversation might be about ‘You won’t go to fourth grade if you don’t pass this test. Get in there and do it.’”
—Cathy Diersing, IU School of Education adjunct faculty, speaking on students’ perceptions of testing

But education experts and state officials highlight that third grade reading skills were important long before the state instituted a high-stakes test.

Diersing adds that research shows if children haven’t demonstrated basic reading fluency by third grade, they will likely continue to lag behind in school.

People are setting up this false dichotomy, people are making these things mutually exclusive, and they don’t have to be. We can take kids to deeper richer levels of learning, and do better on the standardized tests, it’s not an either-or. Now certainly, could you cut corners and simply target short-term gains on standardized tests by just covering massive amounts of basic knowledge? Yeah, it’s possible. It would be a mistake. Do we run that risk? Yes. But we’ve all got to be aware of that and make sure we combat against it by doing what’s right by kids.

High stakes tests may be a part of the world now, but Rains hopes with the right data, the district might be able to get help to the students who most need it.

This story was updated at Friday 4:00 p.m. Eastern.