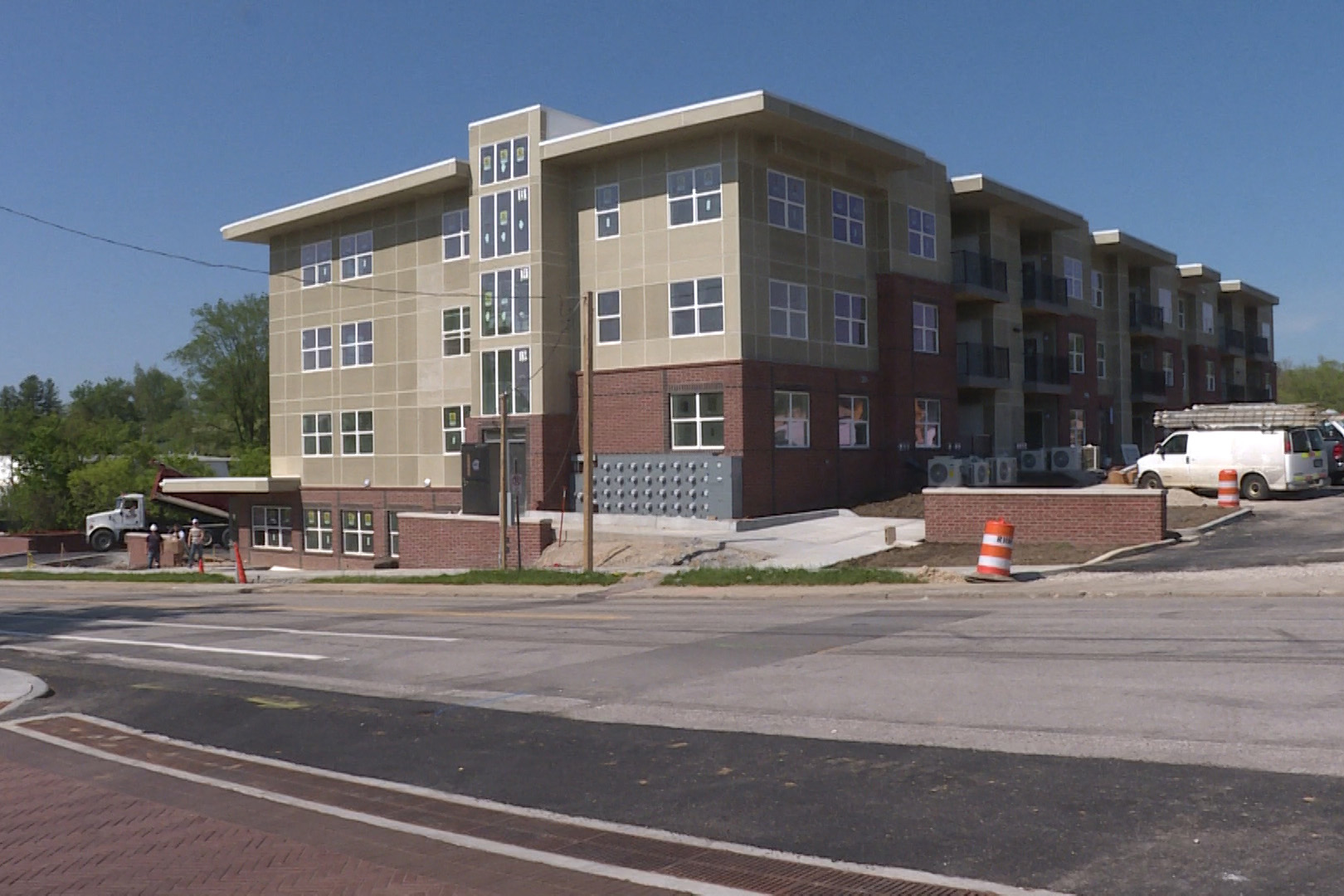 B-Line Heights apartments will be available to those making 50 or 60 percent of the area median income. (Barbara Brosher, WFIU/WTIU News)

Bloomington is one of the most expensive housing markets in the state. According to recent studies, the city's rental occupancy is between 94 and 96 percent.

Now, Bloomington has hired RDG Planning and Design, based in Omaha, to perform a Housing Study for the city. The study will look at various aspects of Bloomington's current housing economy to project its future needs.

Bloomington Mayor John Hamilton says RDG's new study with the city will be a more in-depth dive into the ROI's findings for Bloomington.

This month, the Bloomington Housing study held Listening Sessions to get feedback from different stakeholders, government officials, and the community on the different types of housing available in the city.

This week, we're talking about the Bloomington Housing Study and needs in the community.

Tina Peterson worked on the Regional Housing Study. She says people drive into Bloomington everyday to work because they can't afford to live here.

"Migration into Bloomington is 30,000 a day," she says. "You have a lot of people that are living somewhere else, and they are not all living in Ellettsville. Today we were talking about another part of the region, in Green county and Lawrence county and how many folks are commuting in from their counties into Monroe County, Owen County as well, for work. I personally think this has to be a regional solution for housing. It's the reason we did a regional housing study, and quite honestly, the challenges are not that different. The numbers are different. Everybody needs to focus on lot development. No matter where they are, everybody needs to think about gap financing."

Lisa Abbott discusses the barriers to getting single family homes built in Bloomington and other communities.

"They are the same. It's the same barriers no matter what you're developing. I'd like to add, single family housing is kind of a cultural thing for us here. People expect that at some point in their life that they're going to have a home, and they're going to have a yard, and they're going to be able to raise their kids in this single-family house. The supply of that is really constricted. If you think about what's happened in the building process since the housing crash, we're just not building that kind of housing at the rate that we were and the population continues to grow, and people want to have that kind of housing experience, and we're just not keeping up."

Doris Sims explains why Bloomington decided to do a deeper dive after the ROI's 11 county study.

"We all hear that we need different types of housing, both rental and homeownership in different, different price points, and we wanted to have an opportunity to know what we have currently here in Bloomington, because all groups say we need affordable housing, but what does that mean? Affordability means different things to different people, and so to take an inventory on what our current housing stock is, and various types: for elderly, for those who are homeless. And then, get an indication of what type of housing we need to move forward to, and building for the residents of Bloomington."

Amy Haase says solutions to the housing issues will need to be creative.

"It really depends of the specific product or issue you're trying to address. I think one of the key things we talked about, and Tine touched on this, was just lot availability across the region, and that applies to Bloomington too. The strategies that we're going to have to look at for lot development are pretty important. I would say, across the region in Bloomington, land costs, infrastructure development cost, all of those things, have been rising at a faster rate than income has. So how we address that issue will be really important as we move forward."