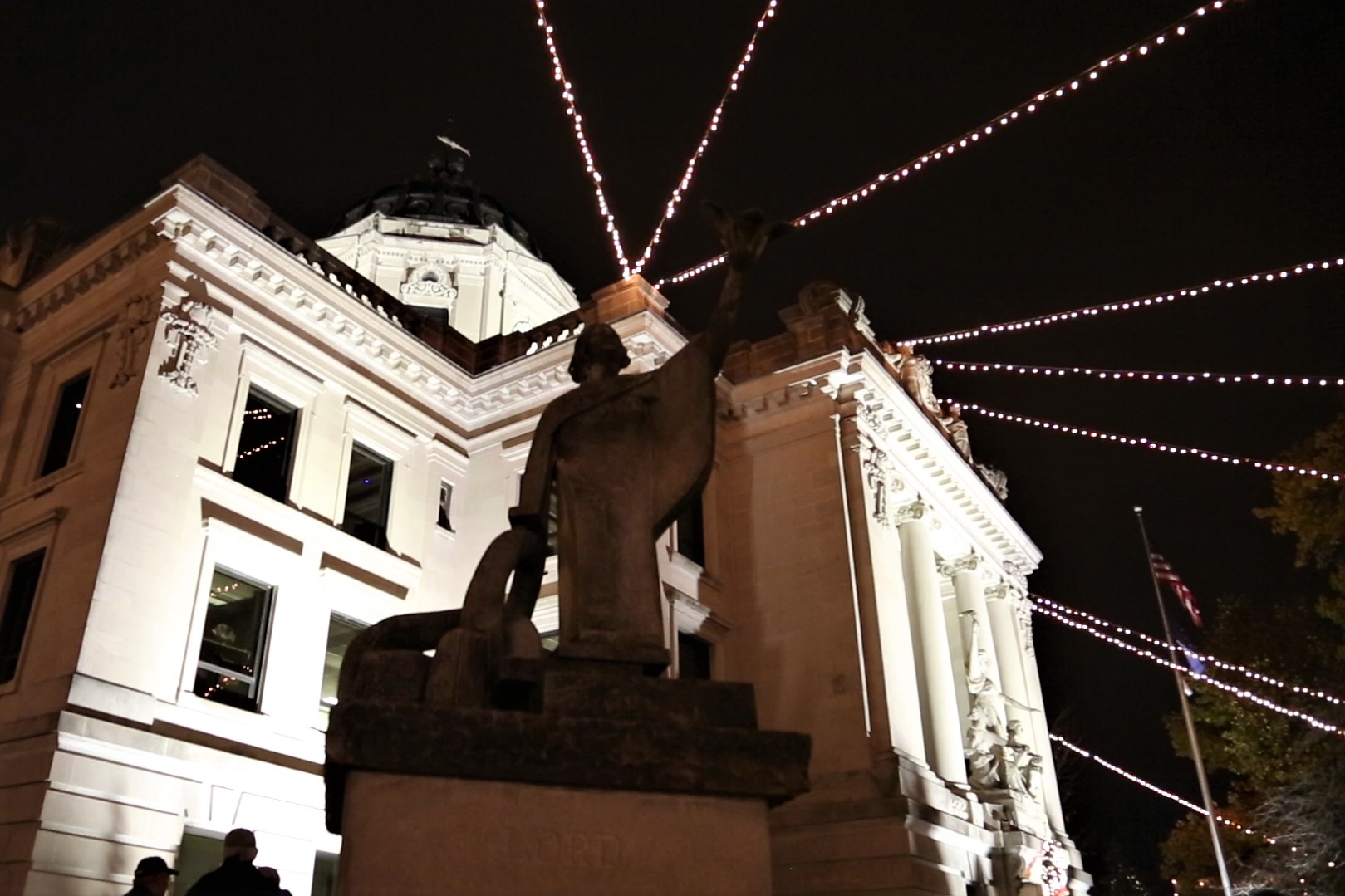 This week on Noon Edition, we spoke with reporters and editors from the WFIU/WTIU newsroom and around the state about the biggest stories of the year in Indiana and what they see for 2020.

He says the 2019 legislative session ended without the major controversies that often characterize them. It was a budget session, which happens every two years. Funding for teacher pay, funding for the Department of Child Services, and the gambling bill, were some of the big topics of discussion.

The US Supreme Court decision to allow sports gambling everywhere created major change in Indiana. Smith says in Indiana, the gaming bill, which legalizes mobile sports wagering, got very little opposition. The gaming bill also authorized a new casino in Vigo County. A casino in Gary, Ind. is being allowed to relocate on land.

Next, Smith talks about teacher pay as one of the top stories for this year. This year, teacher rallied at the state’s capital as part of ‘Red For Ed.’ Smith says how effective the rallies were depends on who you ask.

“Teachers will say that they didn’t get anything specific, and what republican legislators will tell you is that they put what they call historic increases in overall K-12 education funding,” Smith says. “What they want to see happen is that as money flows down to the school district, the districts use that to give teachers pay increases.”

He says in some places this has happened, but in others, the money doesn’t end up going to teachers because the schools need the funding to pay for utilities and other increasing education costs.

Smith also spoke about how the Hate Crimes bill passed, which would allow judges to serve harsher sentences to people who victimize others based on listed traits. The list of traits on the bill did not include protections for age, gender and gender identity.

Lindsay also mentions teacher pay as a defining event and for 2019. She says charter schools and voucher programs did get more percentage funding than public schools, which did not sit well for everyone.

She talks about the state’s new standardized test, ILEARN.

Then, she talks about the mismanagement of virtual schools after an audit found that Indiana Virtual Pathways Academy, Indiana Virtual School, reported twice as many students to the state than were actually taking courses.

He speaks about how flooding and changing weather conditions affected farmers, delaying their planting season this year.

Turner says combined with tariffs on corn and soybeans going into China, this was a difficult year for farmers.

Turner says many Indiana farmers are keyed into the issue of climate change, as it continues to affect their planting seasons.

“I think there are very few farmers that I’ve talked to, that say, ‘climate change is nonexistent.’ Most of them understand it and they’re working with it. The extent to which folks think humans play a role is sort of up to interpretation.”

He says some farmers have started to look at renewable energy.

“Farmers are really starting to realize that they have a valuable asset, and that’s land.”

He says he anticipates more and more farmers will start utilizing land for solar panels or wind in the coming years.

Jones speaks about the recent mayoral election in Terre Haute, where incumbent Duke Bennett won for the fourth time.

Jones says the race was very close and republican Benntett’s closest opponent was an independent. He says Bennett’s success can be credited to a down-to-earth approach to politics and a weakened democratic party in Terre Haute.

Jones says the new casino that was approved to be built in Vigo County can be attributed to a slow shift in thinking when it comes to gaming.

Legan talks about his work reporting on Bloomington’s Unified Development Ordinance, which works in part as the city’s zoning guide. He says as it was being revised this year, people were concerned about zoning for multifamily units in traditionally single-family home zoned neighborhoods.

The city and some supporters of multi-family-housing noted that increasing density in the city would be a move towards sustainability, decreasing how far people would have to commute for work if they were given the option to live closer to downtown. Opposition expressed that the new zoning would allow students to move into the core Bloomington neighborhoods.

This week's show is prerecorded, so you can't call in. But tweet us @NoonEdition with any questions.