The Jazz Message Of Yusef Lateef: The 1960s 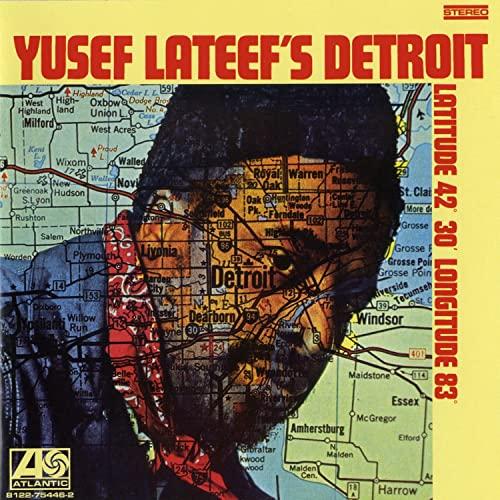 Though Lateef left his hometown for New York City at the start of the decade, Mark Stryker says Lateef’s Detroit roots and connections remained significant throughout the 1960s, exemplified most overtly in his 1969 album YUSEF LATEEF'S DETROIT.

In 1960 Yusef Lateef turned 40 and made a big change in his life.  The veteran multi-instrumentalist, who’d spent time with Dizzy Gillespie’s big band in the late 1940s and made a string of highly-regarded albums in the late 1950s while living in his hometown of Detroit, headed off to New York City, joining a migration of other talented Motor City predecessors such as trumpeter Thad Jones and trombonist Curtis Fuller.  Mark Stryker, author of the book Jazz From Detroit, explains why Lateef undertook this transition:

Lateef was busy as both a sideman and as a leader in these early New York City years.  Mark Stryker singles out the album The Centaur and the Phoenix as a favorite from this period of Lateef’s career:

Indiana Public Media · The Centaur and the Phoenix

Yusef Lateef heard on flute, performing “Summer Song” from his album The Centaur and the Phoenix, recorded in October 1960.  Mark Stryker cites an album Lateef recorded the following year, Into Something, as a sign of the growth Lateef would experience throughout the 1960s:

Indiana Public Media · Into Something

In addition to his leader dates and his time with Charles Mingus, Lateef also did what proved to be a significant stint with saxophonist Cannonball Adderley’s group in the early 1960s:

By 1964 Lateef was working as a leader again, and two live albums that he recorded document what Mark Stryker thinks was his best band to date:

The 1960s proved to be a wide-ranging period of evolution for Lateef.  In 1964 he began recording for Impulse Records, the home label for John Coltrane and other 60s modernists:

When Lateef's album was released in 1966, the avant-garde “New Jazz” movement was at its zenith, with Impulse label mates like John Coltrane, Archie Shepp, and Albert Ayler.  Mark Stryker on how Lateef was not just a fellow traveler of sorts with this movement, but also in some ways one of its pioneers:

For Yusef Lateef, the end of the 1960s would ultimately prove to be a passing of the midpoint in a long and never-stagnant career in music.  He died in 2013 at the age of 93.  Mark Stryker on his legacy and influence:

Stryker points to Lateef’s 1970 album Suite 16 as a sign of the musical directions Lateef would take in the later decades of his life: