The Jazz Message Of Yusef Lateef: The 1950s 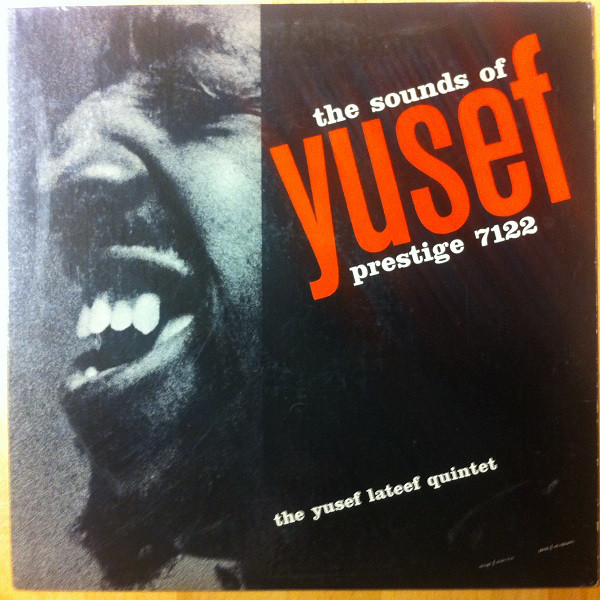 Though Yusef Lateef didn't record his first album as a leader till he was 36, he quickly made up for lost time. THE SOUNDS OF YUSEF was one of 11 albums he waxed for several different labels between 1957 and 1959.

At the beginning of the 1950s saxophonist Yusef Lateef returned to his hometown of Detroit and began a decade-long process of evolution as part of the city’s thriving jazz scene, becoming one of the first artists to incorporate world music influences into his sound.  On this edition of Night Lights we’ll hear some of the many recordings he made in the late 1950s and talk with music writer and Detroit jazz historian Mark Stryker about this key period of Lateef’s career.

When jazz musician Yusef Lateef returned to his hometown of Detroit in 1950 he was 30 years old, recently converted to Islam, and had begun to be prominently featured on tenor saxophone in Dizzy Gillespie’s high-profile big band.  But Lateef’s wife was not well, and the couple had two children to look after.  The next ten years would prove to be a demanding and busy time for Lateef, but also an artistically rewarding one that would bring him to national attention in the jazz world with a prolific run of albums late in the decade, and launch him on his path as a pioneer of bringing world music influences to jazz.  Writer Mark Stryker, who devotes a chapter to Lateef in his book Jazz From Detroit, talked with me about the extraordinarily active life that Lateef led after his return to Detroit:

A long-running musical engagement during Lateef’s 1950s Detroit years proved to be especially important in his ongoing musical development:

Yusef Lateef on tenor sax performing “8540 Twelfth Street,” the address of Klein’s Showbar in Detroit where Lateef led a longstanding gig in the late 1950s, with Wilbur Harden on flugelhorn, Hugh Lawson on piano, Ernie Farrow on bass, and Oliver Jackson on drums, from Lateef’s Savoy album Jazz And The Sounds Of Nature.  That same year Lateef recorded one of his most remarkable and memorable pieces, called “Morning”:

Yusef Lateef performing “Morning” from his 1957 Savoy album Jazz Mood, with Curtis Fuller on trombone and tambourine, Hugh Lawson on piano, Ernie Farrow on bass and rabat, and Louis Hayes on drums.

Another Savoy album from this same period, The Dreamer, is a favorite of Detroit jazz chronicler Mark Stryker:

Mark Stryker says the vitality of the Detroit jazz scene in these years played an important role in Lateef’s development:

During these years Lateef also began to bring instruments and influences from an array of global sources into his music, making him one of the first jazz artists to do so:

And some of Lateef’s recordings from this period point to later developments in jazz’s avant-garde:

Yusef Lateef performing “Love and Humor” and “Sounds Of Nature” before that—two pieces that foreshadow both Lateef’s future musical directions and jazz’s avant-garde movement of the 1960s, and both from 1957, the first year that Lateef recorded as a leader.  Over the next two years he made 11 albums in all, his band often playing throughout the week in Detroit and then driving to the East Coast to record albums on Mondays, their one off day from working in the clubs.  Here’s the title track of a 1959 LP, written after Lateef had visited his wife in the hospital.  “The ward was full of suffering and pain,” he commented in the liner notes, “and I wanted to capture the impression the experience had on me.”

Yusef Lateef and “Cry! Tender” from his 1959 album of the same name, recorded shortly before he moved to New York City, where his career would enter a new phase to be explored in a future Night Lights program.  Mark Stryker on Lateef’s significance as a musician:

Most importantly, Mark Stryker says, Lateef’s music was always rooted in the blues:

Special thanks to Mark Stryker.  You can hear him and many of the Detroit jazz artists he's written about, including Yusef Lateef, on these two previous Night Lights programs: