The Scene Changes: The Life And Music Of Bud Powell, Part 2 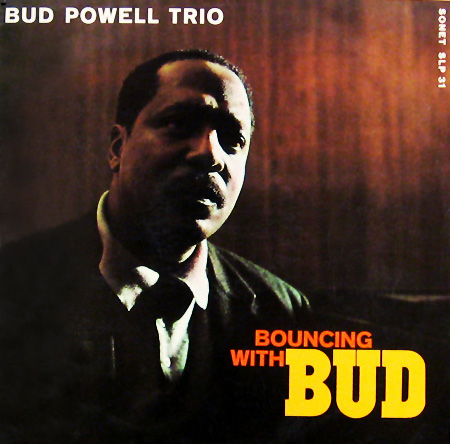 In the mid-1950s Bud Powell was still considered the leading light of bebop piano, but the damage of hospitalizations, an excessive work schedule, and other strains and traumas of recent years had begun to take a toll on his playing. For the last 12 years of his life Powell would be intermittently brilliant, and we'll hear some of those musical moments on this edition of Night Lights, along with more commentary from Peter Pullman, author of the Powell biography Wail: The Life Of Bud Powell (also available as a Kindle edition through Amazon).

As 1954 began, Powell, found himself in unfamiliar territory-booked to play a club in Los Angeles, on the other side of the country from his home base of New York City-and also suddenly no longer in command of the genius and talent that had driven his playing from his childhood on, incapable of sustaining the level of achievement that he'd attained throughout his twenties. Hospitalizations, the aftereffects of a grinding 1953 work pace, and growing problems with substance abuse all contributed to the erratic quality that accompanies Powell's discography from 1954 to the end of his life. Still, he often managed to turn in superior performances, and we'll hear two that he waxed for Norman Granz's Verve label in the mid-1950s-the mournful, beautifully spaced "It Never Entered My Mind" and the bright Latin swing of "Star Eyes."

Powell also recorded for RCA in the mid-1950s, and for Blue Note Records as well--the label that had given birth to some of his greatest musical triumphs between 1949 and 1953. Peter Pullman says the return to Blue Note inspired some of Powell's best work from this period, including the serpentine composition "Cleopatra's Dream," heard on the program.

In 1959 Powell and Alteevah Edwards, the woman also known as Buttercup who had become his companion, went to France, little knowing that they were beginning a new and significant chapter in Powell's life. They would end up staying for five years, in part, Peter Pullman says, because Powell kept finding work in Europe.

Some of Powell's finest performances from this period come in the company of colleagues who appeared with him or invited him to sit in, such as Coleman Hawkins, Art Blakey, and Charles Mingus. He also performed well in a trio setting with bebop colleague Kenny Clarke on drums and a young Pierre Michelot on bass. The group called themselves the Three Bosses and appeared frequently at Club Blue Note in Paris.

At the end of 1962 Powell formed what would prove to be the most important relationship of his final years, with a young French commercial artist and devoted Powell fan named Francis Paudras. Peter Pullman tells us the story of how they met and Powell's hospitalization the following year for tuberculosis. Under Francis Paudras' care, Powell began to regain his health, and even to compose some new music. We'll hear one such piece, a tribute that Powell wrote to his new caretaker, "Una Noche Con Francis."

Shortly after recording "Una Noche Con Francis," Powell returned to New York City for the first time in five years, accompanied by Paudras, and booked to play a series of gigs at Birdland, where he had so often held court before. Peter Pullman says Powell, in spite of his renewed good health and comfortable life in Paris, had a longing to go back to his hometown, but the return proved to be disastrous. Though Powell received a warm welcome from many of his admirers and jazz colleagues when he opened at Birdland, reviews of his performances were mixed, and as time went on he began to fail to show up for sets and his playing when he did show up showed marked signs of deterioration from an already-shaky standard.

Francis Paudras returned to France in late 1964 alone. Powell, after a handful of unsuccessful concert appearances and attempts to make new recordings, withdrew completely from the jazz scene, staying with his daughter Celia and her mother, Mary Frances Barnes, in their Brooklyn apartment. He died on July 31, 1966 at the age of 41. Thousands of people came out in Harlem for his funeral procession, which featured pianist Barry Harris, trumpeter Lee Morgan, and other jazz artists of note playing atop the Jazzmobile. Though Powell was gone, his recordings, both studio and live, would live on and continue to influence generations of jazz pianists to come, and the story of his years in Europe would serve in part as inspiration for the 1986 movie Round Midnight. This edition of Night Lights ends with Peter Pullman's reflections on Powell's legacy and a stirring live Powell performance from 1962 of "Just One Of Those Things."