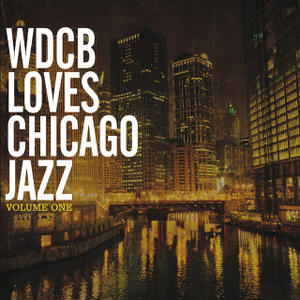 Blowing into Chicago: from King Oliver and Sun Ra to Von Freeman and Ken Vandermark, the city of Chicago has thrived for nearly 100 years as a vital center for innovative and vigorous jazz artists. Starting Wednesday, February 5, you'll be able to hear Night Lights on the radio in this Midwestern capital of jazz.

After Chicago public-radio mainstay WBEZ dropped its music programming for an all-talk-and-news format in 2007, WDCB, the radio station of DuPage College in the western suburbs of Chicago, became the city's radio-dial destination for jazz. New manager Dan Bindert, who worked at WBEZ in that station's jazz-and-blues flagship days, is planning to raise WDCB's jazz profile even higher, in the Chicago area and beyond.

As part of that push, Bindert is adding archival broadcasts of Marian McPartland's "Piano Jazz" to the station's lineup on Wednesday evenings at 7 p.m. CST. Night Lights airs immediately afterwards at 8 p.m. CST, followed by Chicago Jazz Revealed at 9.

WDCB will begin its weekly broadcast of Night Lights with two shows featuring a hometown theme: Chicago Calling: Unsung Heroes of the City's Hardbop Scene this Wednesday, and Returning the Call: More From the Unsung Hardbop Heroes of Chicago next Wednesday (February 12). You can listen online to WDCB here.