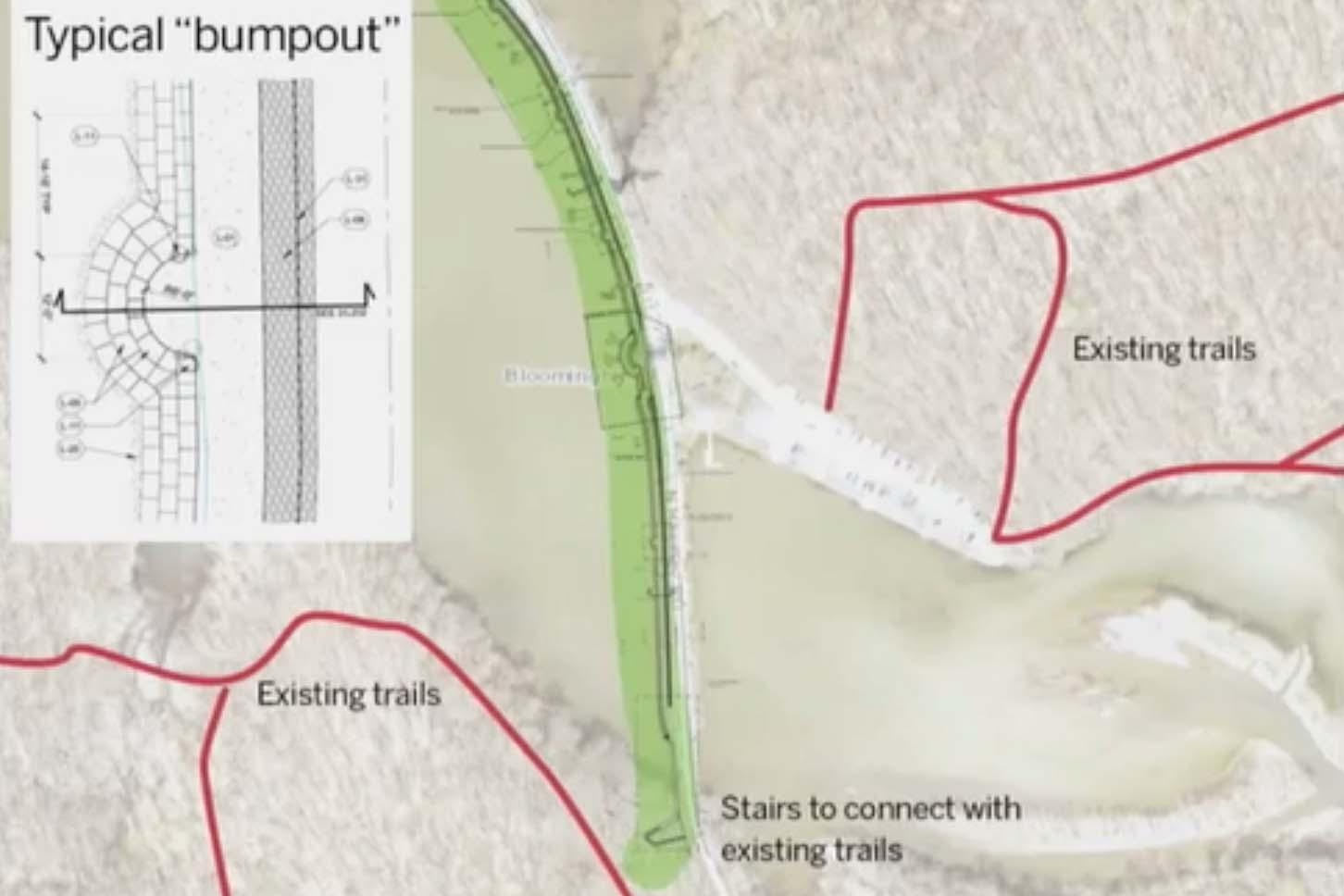 Screenshot of the proposed boardwalk along the west side of North Headley Road. (Courtesy: City of Bloomington)

Tim Street, operations and development division director for the parks and recreation department, said the department has talked about this project for years.

“It will improve safety because we won’t be asking people to walk on the roads to access the trails,” he said. “Right now, if you go out to Griffy, you will see people parking in the parking lot and especially walking north along the road and then down to the trails off to the west.”

Street said the west side of the North Headley Road causeway will be expanded to add stone retaining walls and a packed gravel path. Additionally, a “bumpout” for accessible fishing will be added near the parking lot.

To connect the trails on both sides of the lake, the project includes a new staircase on the south side of the causeway.

Street said to meet the project’s budget, there’ll no longer be improvements across the dam on the west side of the lake, the parking lot, or fishing docks attached to the “bumpout” feature.

Greg Alexander spoke during the public comment section of the meeting, and said he is worried the approved bicentennial bond does not apply to a Griffy Lake boardwalk. He said the bond includes two elements: a trail through Cascades Park and a Griffy Loop Trail.

“When it was presented to the council they were explicitly told this money would be spent on the dam side of the lake,” Alexander said.

“The Griffy Lake Loop Hiking Trail study proposed the construction of a 1500’ long boardwalk along the Causeway/Headley Rd. however, the additional cost of $1.5M for that boardwalk construction is not included in the Bi-Centennial Bond Project funding request.”

Alexander said this misuse of funds, along with the department spending money designated for a multi-use trail in Cascades Park on other projects, is setting up an antagonistic situation with city council.

However, parks and recreation department director Paula McDevitt said this project has been reviewed by the city legal department and controller’s office.

“As with most projects, when you get into the weeds and the actual project and what’s possible and what’s affordable to do, these details then get flushed out this way,” McDevitt said.

Street said the lake will be drawn down again before construction begins this fall.