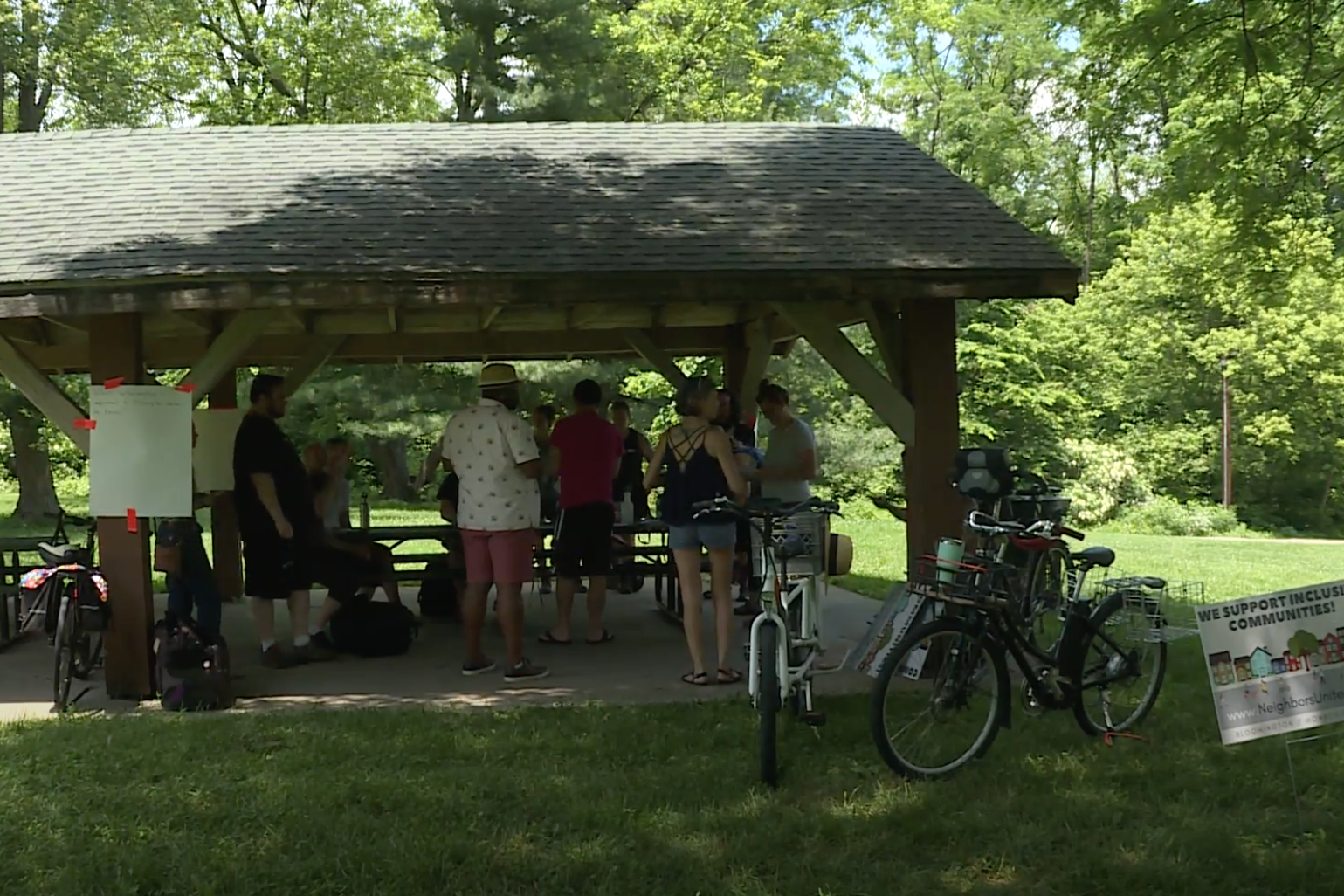 Last month, the Bloomington City Council passed an amendment to the Unified Development Ordinance that will allow plexes in single-family zoned neighborhoods, with restrictions.

This comes after more than a year of back-and-forth on the issue and strong opposition at public input sessions.

After participating in many meetings, longtime resident Cathi Crabtree asked City Limits what more the city could do during initiatives like the plex amendment to get input from underrepresented groups.

Crabtree has lived in Bloomington for more than 30 years. She chairs the Monroe County Affordable Housing Commission and is an organizer of Neighbors United–a group of Monroe County and Bloomington residents pushing for policy that promotes affordable, equitable, and sustainable housing.

She closely followed the plex amendment public input sessions held by the Planning and Transportation Department before the amendment was sent to city council for vote.

“The original plan that the city put out, was pretty progressive, and had a lot of duplexes in it,” she said. “And then there was a lot of backlash.”

Crabtree said a large portion of public comment at these virtual meetings was made up of homeowners who are part of neighborhood associations. But Bloomington’s housing is made up of more than 60 percent renters, and she didn’t feel this was reflected at the meetings.

Scott Robinson and Jackie Scanlan are with the Bloomington Planning and Transportation Department. They say there’s no benchmark for when enough public comment has been gathered, and the city received numerous messages and emails both in support and against the amendment–on top of input taken at the virtual meetings.

Scanlan says the purpose of public input sessions was to listen to residents’ concerns and questions, and to take those into consideration with their research.

“We're making a recommendation based on our professional planning, expertise and experience,” she said. “But we also do look for input from the community so that we can present all of that information to the decision makers.”

“And we don't do that for any other project in the city," he said. "So that's one thing that's very unique. With this update process to the UDO, every property owner in the city received a notice. Granted, it's a little bit legally jargon, but at least they get a notice saying, ‘hey, this process is happening. Here's how you can get that information.’”

Scanlan said the plex amendment was meant to help provide better housing options for low-income residents and renters, so more outreach to these groups should have been done.

“I don't think we did a very good job of targeting that population,” she said. “And I think that's a fair point, most of the people who got direct contact from us were probably homeowners, because we have to send notice to people who own property.”

Scanlan said they did work through city council members to reach residents and gather input from renters that way, and she acknowledges that grassroots organizations got information out to the public too.

Ultimately, a version of the plex amendment did pass, despite heavy public comment from the side of homeowners against plexes in core neighborhoods.

Robinson said the department has talked about how to broaden their reach and better access all residents on the housing spectrum, and it is a matter of overcoming a variety of barriers - ranging from the amount of time residents have to attend a meeting to internet access.

“A large multifamily apartment building that has multiple units: how would we send a notice to people there? So, we have considered that as an as an option that we could pursue in the future. And that has been discussed as far as like engaging, differently.”

Lena Hackett works at Community Solutions in Indianapolis, a consultation service that helps with community development, collaboration, and human services. She said authentic outreach in community takes a lot of time.

“It takes an intentional effort that many folks, particularly in the government don’t have built into their job description,” Hackett said. “The other piece of that is the people who you get input from are typically people who would come to the table anyway.”

Crabtree is aware of these barriers. On Sunday, she and other members of Neighbors United organized a call-out meeting for local renters, with plans to start a Bloomington Renter’s Association.

“We've got other initiatives too but the one that we're currently working on, is getting better representation of tenants and renters in the discussions that are going on in the community, so that they have a voice,” she said. “We were able during the UDO to get in touch with some renters, but we didn't specifically reach out as far as organizing.”

Eighteen people gathered at Butler Park to talk about how they’d like housing availability– especially for renters– to change.

Crabtree hopes that after this first callout meeting, some of the renters who came will take on leadership roles in shaping the Bloomington Renters' Association, since most of the Monroe County Neighbors United organizers are homeowners.

One renter who attended the meeting was Vauhxx Booker. He’s a member of the county’s Affordable Housing Advisory Committee and Human Rights Commission.

“I think we saw a disproportionate amount of home owners, one simply because they had the time and resources to make themselves available for local meetings,” he said. “And because they had the neighborhood association that can inform them. And we didn't see that from renters, who are just disparate groups of people doing their best to survive.”

Another meeting participant, Andrew Guenther, has been renting in Bloomington since 2015. He says Bloomington does a good job of creating a space for people to participate in discussion, but falls short in involving underrepresented groups.

“So next time there is a discussion on housing policy at the very beginning of that policy, we should be included in that process,” Guenther said.

Both Booker and Gunther said now that the Renter’s Association has started to organize, they expect the city to recognize it and treat it equally to other neighborhood associations.

Hackett said in her experience working in with municipalities, creating neighborhood associations is typically an effective way to develop an avenue to give feedback and facilitate regular communication.