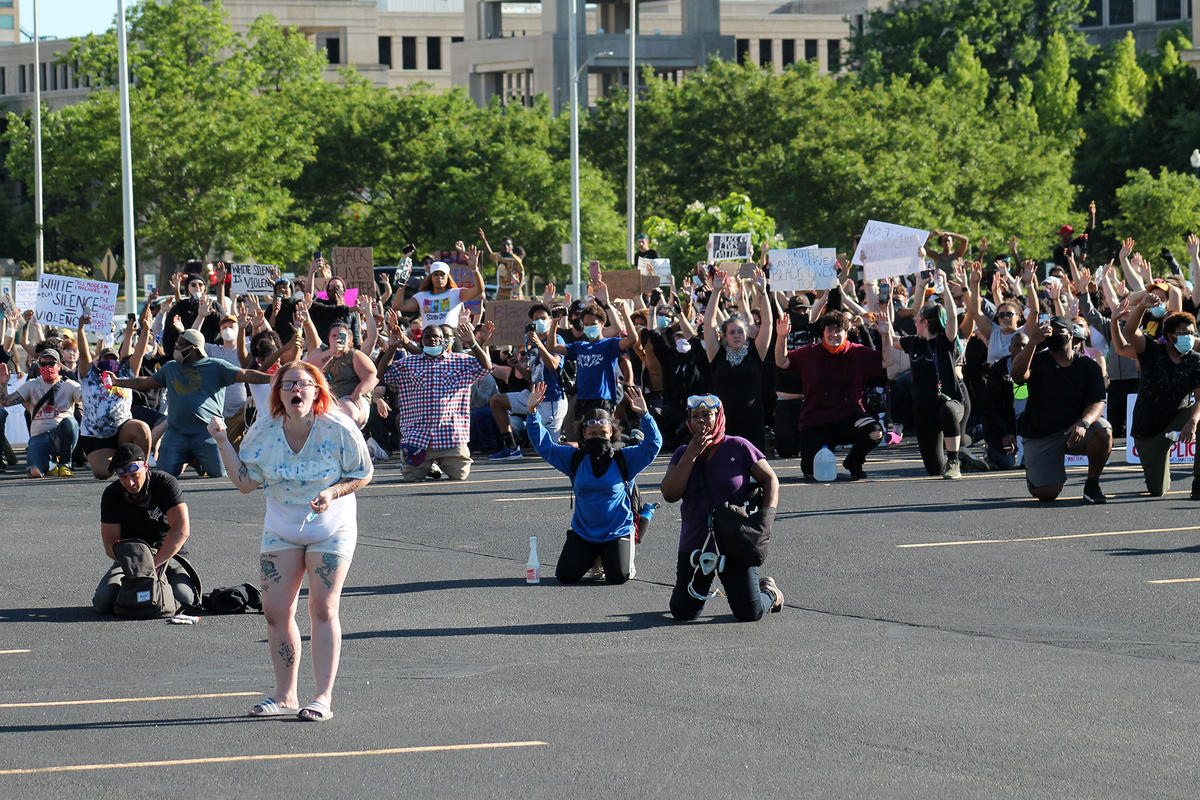 Demonstrators kneel in the parking lot north of the Indiana Statehouse. As protesters regrouped following tear gas deployment, they began calling to others to gather in the parking lot to avoid blocking traffic. (Lauren Chapman/IPB News)

Gov. Eric Holcomb says he’ll continue to work on his “to-do list” for addressing systemic racism and injustice in Indiana.

Holcomb Monday spoke about this past weekend’s protests over racial injustice and police brutality, particularly against black Americans.

He did not directly address the latter issue – he only praised what he calls “restraint” shown by law enforcement. There were multiple reports of police in Indiana using tear gas on peaceful protesters, before demonstrations became violent.

But Holcomb says violence must be addressed so the state can have important conversations.

“We are looking for ways where there is common ground, where we can make advancement,” Holcomb says.

Black leaders at the Statehouse produce agendas every year that are largely ignored by Republican leaders.

Holcomb says the state must do a better job of making Hoosiers aware of the resources available to them.

“How do we provide better access to health care? How do we steer more capital into our urban areas?" Holcomb says. "How do we skill up?”

Holcomb says he believes the “collective conscience” of the General Assembly has been awakened and that lawmakers will “promote opportunity” for all Hoosiers.