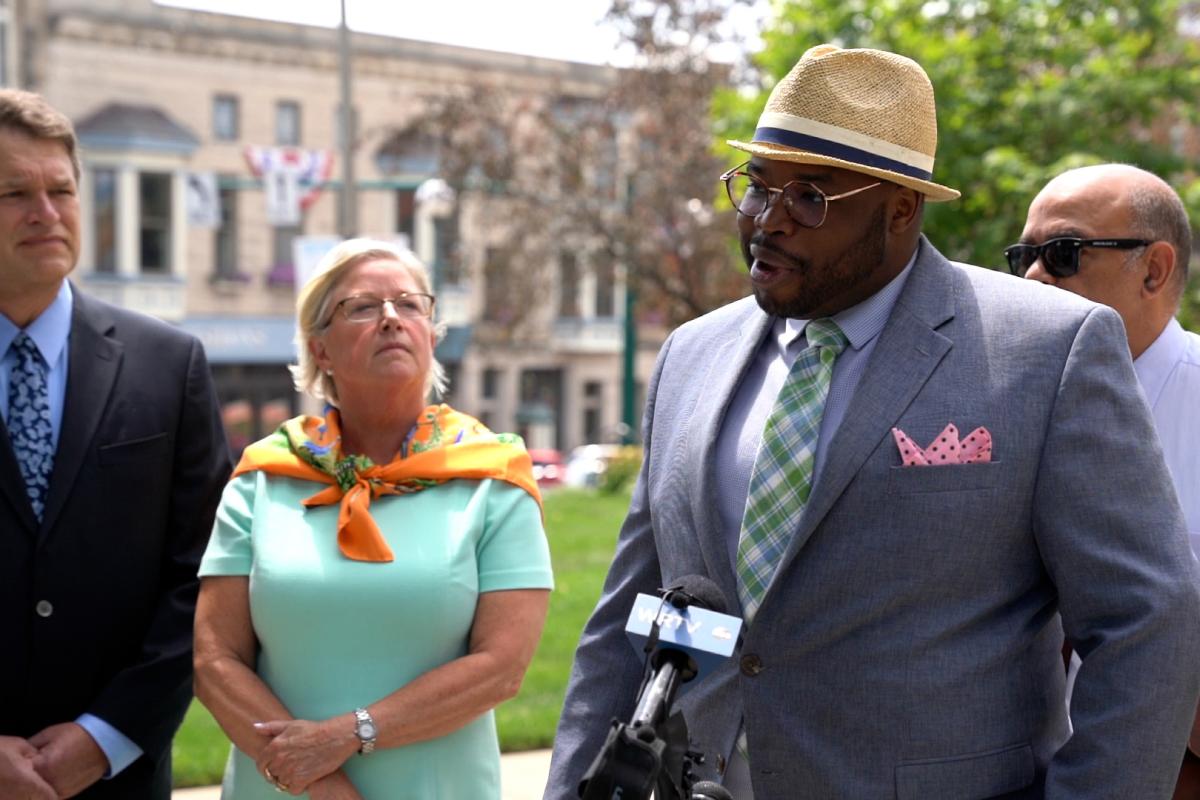 Bloomington attorney Kitty Liell (left, orange scarf) had been representing Booker pro bono since he went public with his story last year. The two agreed to part ways after Liell said she did not have the resources to continue representing Booker in a criminal trial. (Alex Paul, WTIU/WFIU News)

Booker was charged with misdemeanor trespass and felony battery for his involvement in last year’s incident at Lake Monroe. He says a group of white men jumped him and threatened to lynch him as he was heading to the lake for a Fourth of July celebration.

Booker was appointed a public defender at his initial hearing last month. During the hearing, Booker told Hamner he was unemployed and had less than $500 in savings.

In a motion filed Friday in Monroe Circuit Court, chief deputy public defender Phyllis Emerick said Booker “may not meet the definition of indigency” needed for a public defender, since a GoFundMe has collected over $35,000 for him to put toward medical bills, day-to-day costs and legal fees stemming from last year’s incident.

Booker declined to give specifics when asked how much money from the GoFundMe was available.

If Booker meets the qualifications needed for a public defender, Emerick said his lawyer should not come from Monroe County, since the public defender’s office has a conflict of interest.

Bloomington attorney Joseph Lozano is currently representing Jerry Cox on charges stemming from the same event. Cox is charged with aiding criminal confinement and battery, both felonies, along with misdemeanor charges of intimidation and battery.

Since some of the court proceedings will take place in Johnson County where Hamner is located, Emerick suggested appointing an attorney from Johnson County.

Hamner is overseeing the charges against Booker and the men charged with attacking him after all of Monroe County’s criminal court judges recused themselves from the case.

This article has been updated.