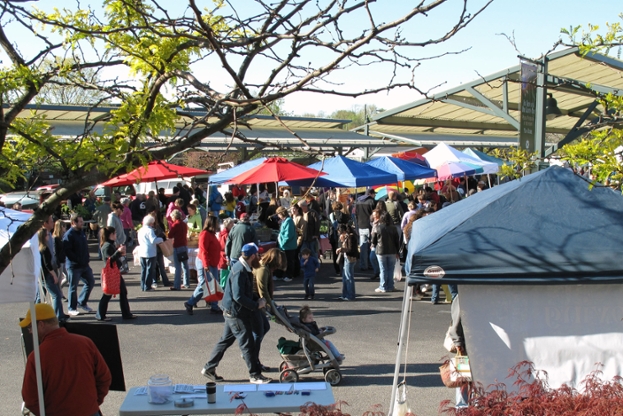 Calls for the city of Bloomington to remove a farmer’s market vendor with alleged ties to white supremacy are growing.

Members of the Bloomington Community and Family Resources office say they’ll host a forum sometime over the next few weeks after several vendors said they didn’t feel safe at the downtown farmers market.

“We realize more discussion needs to happen at a broader scale overall," said Board of Parks Chair Les Coyne.

The city has been under pressure to remove Sarah Dye and Doug Mackey for their alleged connection to white supremacist Nolan Brewer. Brewer, who was sentenced to prison for vandalizing a synagogue in Indiana, told FBI agents he communicated with Dye and Mackey.

The couple run Schooner Creek Farms in Brown County. They've occupied a booth at the Bloomington Farmer's Market since 2012.

"I join the vast majority of Bloomingtonians in abhorring and unequivocally condemning the odious doctrine of white supremacy", Bloomington Mayor John Hamilton said in a Facebook post earlier this month.

But the mayor said removing Dye and Mackey from the market would be a violation of their civil rights.

Dozens of concerned residents appealed to the Farmer's Market Advisory Board on June 17th, and many of them returned Tuesday night to pressure the Parks Board to take action.

“If you cannot take immediate action, please do not be surprised if people of color, and other marginalized groups continue to dwindle out of the community farmer’s market," says a woman who identified herself as Patricia.

Resident Thomas Westgard says the city has been dragging its heels on this issue for way too long.

“Intentions and a quarter will get you a gum ball, it’s not about intentions. It’s about taking concrete specific actions that lead to a goal,” Westgard says.

Coyne says the board could make a recommendation to city council before the end of July.