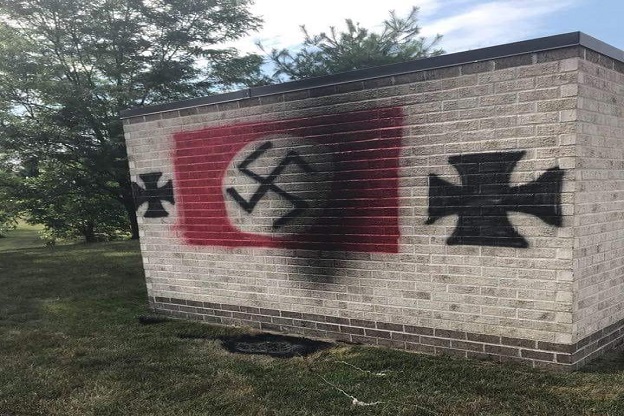 A 21-year-old man has been sentenced to three years in prison for spray-painting anti-Semitic graffiti and lighting fires outside a suburban Indianapolis synagogue.

Nazi flags and iron crosses were found spray-painted July 28 on a brick shed outside the synagogue in Carmel, just north of Indianapolis. Several areas of the grass and ground around the shed were also scorched, leaving burn residue on part of the shed. Carmel Mayor Jim Brainard condemned the vandalism and Republican Gov. Eric Holcomb cited the incident in asking the Legislature to pass a hate crimes bill.