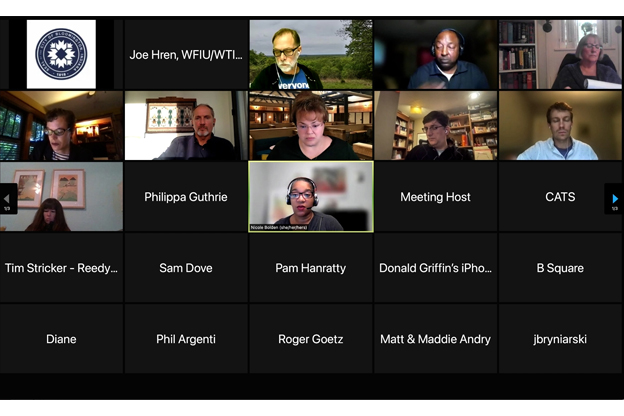 Still far from over, all seven proposed Bloomington annexation areas have been adopted.

City Council members only got to Area 1A a week ago after approving fiscal plans and recessed.

The city recommended northernmost area 7 be dropped from the annexation proposal – it was dismissed unanimously.

“I want to thank the council members who supported this appropriate expansion of our city boundaries, and thank the community for the extensive public engagement and discussion about this important public issue,” Hamilton said in a statement.

“I believe Bloomington and our entire region will grow stronger as a result of these actions, as we move forward formally to include a wider circle into our City. We look forward to welcoming our new residents warmly and working together for our shared future.”

“With this vote city employees and our many community partners can begin to prepare to serve our newest city residents once the annexation takes effect as scheduled in January 2024,” Hamilton said.

How many of those areas the city will be able to annex in 2024 won’t be known for a while. Almost all public commenters spoke against annexation and plan to protest – or remonstrate.

Area 2 resident and local business owner Matt Andry said he wants no part of living in city limits because he’d be paying more in return for inadequate city services.

“To sit there and off-handedly suggest that because I chose to live outside that I’m not doing my share for this community – that is not necessary and should not be part of the way you’re making a decision around this,” Andry said.

"I find it disheartening that I have neighbors around me who are just as positive and just as vocal within our neighborhood, but have yet to get on the Zoom,” Noble-Kuchera said.

Piedmont-Smith pointed out Area 1C includes a Habitat for Humanity community. She said they signed waivers negating their ability to protest annexation.

“They could appeal to Habitat for a renegotiation or modification of their mortgage payments and Habitat would be open to doing that,” Piedmont-Smith said.

Rollo said he’d be voting no for several reasons including his concern over the city’s ability to extend services to the new areas, the potential for sprawl, and the pandemic.

“I don’t think that an evaluation of the effect on low-income residents of these areas that are going to be annexed has been made,” Rollo said.

Volan said not annexing could be called reverse taxation without representation indicating those who live outside the city are using services paid for by city residents.

“I would urge people to study the history of cities,” Volan said. “If we didn’t annex, what kind of environment would we live in?”

The remonstrance period begins for 90 days.

But, certain properties have annexation remonstrance waivers associated with them – these are essentially agreements property owners signed that prohibit them from challenging annexation in exchange for city services, such as water and sewer. Many of the waivers date back years, and still stand even if the property changes hands.

But in 2019, the Indiana legislature put a 15-year cap on those waivers. That means any waiver prior to 2006 is invalid – according to the state law. The city has said this is unconstitutional and could be taken up in court.

During the meeting, some asked why approve an area with little to no waivers forcing residents to remonstrate and causing even more ill-will.

“You’re setting this up for a lawsuit and/or a really bad feeling among residents of the community. This is a hurtful, hurtful thing.”

The official remonstrance record will come from Monroe County Auditor Catherine Smith’s office. Smith says she could have results as early as mid-January.