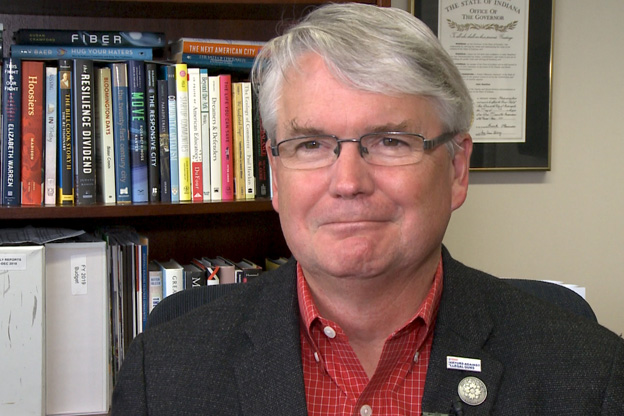 Attention turns to long term plans for the Farmers' Market, the city's 2020 budget is 8 percent higher, a grant gets the city a new electric bus, and the city responds on the convention center expansion memorandum.

Hren: Let's start with an update on the Farmers' Market return after two weeks this past Saturday. How did it go and any changes that need to be addressed?

Hamilton: It went very well, we had thousands of people back, we had all but three vendors that were there. I think it's going to keep going as planned for the next few weeks. We're always open to tweaks, we heard some about parking and handicap parking, but we welcome everyone back to the market.

Hren: You may have seen this story got as far as the New York Times, if we look back at this time frame to when this started and where it is now, is there something you can look back and say I wish we did this different?

Hamilton: Well, I wish we had a different country that wasn't enabling white supremacy and the bigotry and hatred that is so strong these days. As a community, we're trying to deal with some of the tensions that frankly have been in our community for a couple centuries. We're not immune from what's going on in the country. For example, we're not a border city that's been dealing with this immigration stress, we are a community where this can arise.

Hren: I came across another publication called The Nation noting the city's weak response to the controversy here saying white supremacy is terrorism, not a difference of opinion. You've said the city has its hands tied due to First Amendment rights. What's your response to that article?

Hamilton: I saw that article, I don't agree with most of it. I do agree that we do have home grown white supremacist terrorism. We see evidence of it in our community with KKK distributing flyers, I agree that's home grown terrorism and we need to treat it as such.

My obligation in regard to the market is also to follow the law and protect the rights of individuals who may believe many things, but don't act on those things. We're continuing to look at it, it's a dynamic situation. I beg to differ a little with that author because we've looked at many options. We believe the city has been strongly clear about the challenge, the scourge of white supremacy in our community, but we're aware of our obligations to follow the law to protect safety and we're going to continue to do both of those things.

Hren: It's budget review week, I read about 12 new full time employees, raises, what are some of the highlights?

Hamilton: Council of course has to vote on the budget. I'm really proud again, it's a balanced budget. We're protecting our reserves and continuing to invest in the future of the city. I'm proud we're continuing to invest in our employees, we've tripled the investment in training, most of the new employees are in utilities, there's a couple in the police department, and a couple in parks.

The budget increase is mainly driven by some new funds that are available. The food and beverage tax is part of the city budget now as well as the affordable housing fund is another $1 million plus. So, if you took those new funds out, we only grew by about 1 percent.

Hren: Last time we talked, you were waiting on the memorandum of understanding from the county commissioners, instead you received a memorandum on how to move the project forward. So the ball was back in your court, where is the process now?

Hamilton: We actually already sent back to the county a memorandum of understanding, I'll say, I don't do that in the press, we send it directly to them as we try to negotiate and work on those issues, but they've had it a couple weeks now and again we're waiting on their response.

Didn't change much really, some of it's structural, we feel the steering committee we had in place was a very effective group of elected officials and regular residents who did a great job and we want to keep that group going as opposed to creating a new 20 elected official member board that in our view is kind of a recipe for stalling.

We agree on a Capital Improvement Board and we agree on a fiscal briefing to pull the numbers apart and take a look at that in the next couple of weeks.

Hren: Fourth Street garage is coming down in the next couple of weeks, what's new on that downtown project?

Hamilton: We have thousands of spaces in downtown dedicated to cars, the more we do in reducing the need for spaces, the more we'll be able to develop those surface lots into other better uses. The last spaces we're going to get rid of are these garages. They're an investment on how to keep the cars we need downtown and open up some more space.

Hren: I'm thinking of this right now, but didn't the city hire a law firm to deal with the eminent domain issue with expanding Fourth Street garage to the south?

Hamilton: We have engaged a law firm on the eminent domain litigation. I think the court date has been set for early September or the first hearing on that.