A Modest Start To A Storied Tournament 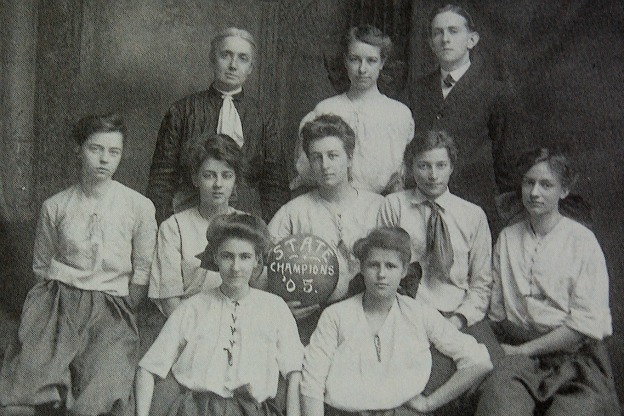 Although the sport would come to dominate the national dialogue about the IHSAA, basketball was not one of the sports represented at the IHSAA's first tournament in 1904.

In 1996, the Indiana High School Athletic Association attracted unsolicited and unwanted national attention when it announced that single-class high school boys’ basketball would become a thing of the past. There would be no more single tournament to determine a sole state champion.

Sports columnists lamented the end of an era, and Indiana high school sports were suddenly the topic of discussion on ESPN and in the pages of The New York Times. Almost a century earlier, the IHSAA’s very first state championship competition could not have been less newsworthy.

On a rainy May 14 in 1904, athletes and coaches from eighteen Indiana high schools gathered in Bloomington for the first state school sports championship in Indiana history—the IHSAA State Championship Track and Field Meet. High school basketball had not yet come under the auspices of the association; and as yet, the IHSAA had not sanctioned a football championship, even though that sport was also widely popular in the state.

In front of a hometown crowd, athletes from Bloomington High School won the overall meet, scoring more team points than close competitors Indianapolis Manual, Sheridan, and Indianapolis Shortridge. Spectators cheered for a student from Lafayette High School who won the high jump with a record of five feet four inches (in contrast, 2011-2012 state winner Will Schott from Roncalli High School won with a jump of six feet eight inches). Shortridge senior George Steep won the first one mile race in five minutes and four seconds (by the 1970s, the last decade the event was included in the competition, the fastest winning time was just under four minutes and six seconds).

The IHSAA now oversees ten boys’ sports and ten girls’ sports. From its relatively humble beginnings, it continues to regulate and promote one of the great passions of Hoosier culture—Indiana high school sports.