Win-Win: The Mutual Ascent Of Basketball And Radio

And when station owners went looking for popular programming that would draw fans and encourage advertisers, they discovered that one sure bet was basketball. 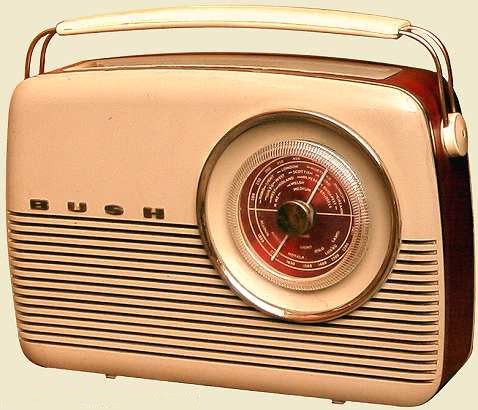 Radio stations around Indiana learned that adding high school and college basketball coverage to their broadcasts would guarantee an listening audience.

High school and college basketball have been a part of Indiana life for one hundred years. In the 1910s, the popular game of basketball spread through Hoosier high schools and colleges; local fans began to flock to games at their school’s gymnasium. In those first years, however, fans could either attend the game in person or read about it in the next issue of their daily (or weekly) local newspaper.

A few towns offered basketball by wire—a telephone wire was run into a local theater, where fans could gather. One reporter sat at the game as it was being played. He was on the telephone with an announcer in the theater, who would then convey both descriptions and scores to the assembled crowd. In December 1920, the Franklin Evening Star described an evening “almost as thrilling as watching the real game” between teams from Franklin and Martinsville. The audience watched a so-called “electronic basketball court,” which was no more than a scoreboard with colored lights that flashed with each score.

Then in 1921, WGAZ radio went on the air in South Bend, Indiana, quickly followed by WOWO in Fort Wayne and WFBM in Indianapolis; smaller town stations followed throughout the decade. The early stations in big cities, with powerful transmitters and little competition, could be heard across large portions of the state. And when station owners went looking for popular programming that would draw fans and encourage advertisers, they discovered that one sure bet was basketball. Radio stations covered regular Friday night high school games, as well as conference playoffs and regional college games. Harry Martin, who began to cover sports for WLBC in Muncie in the 1940s, recalled that basketball was so popular that “there was a basketball play-by-play announcer at every station” across the state.

Bob Hammel, retired sports editor of the Bloomington Herald-Times, writes that even in the early 1950s, before television had spread through Indiana, he and many other Hoosiers were still getting basketball news from their radios:

As a senior at Huntington High School, late on a midweek March night with static complicating the in-and-out faintness of the only attainable radio signal, I suffered through the agonizing final seconds of the NCAA championship game: IU up 69-68, Kansas with the ball, “shot from the corner-r-r at the buzzer-r-r. .”

Hoosier basketball fans will know that Kansas’s shot at the buzzer bounced off, and that on March 30, 1953, Indiana University won the NCAA tournament final.