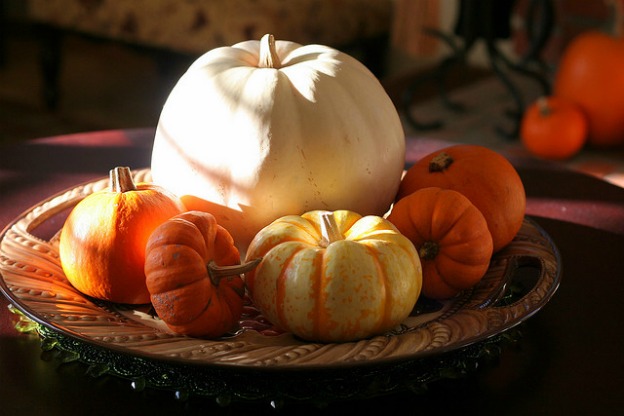 Time capsule for this episode: 1361

This hour on Harmonia, we're celebrating the harvest season with a musical feast for the senses.

The Cries of London

For our first course of this musical feast, we've assembled merchants from 17th-century London. The voices of merchants hawking their wares served as the inspiration for a generation of English composers and formed the basis for a genre of works now known as the cries.

Imagine yourself within a London marketplace at the turn of the 17th century. As you venture through the square, your ears are met with hoarse advertisements for cheap choices, new oysters, and fine knacks for ladies.

For many composers at that time such cries were an everyday element of life. A small number of them took note of the sounds they heard and tried their hand at setting elements of the everyday to music. What resulted was a free-form fantasia. The novel and nearly comical concept of the cry took hold among a small handful of English renaissance composers, including Orlando Gibbons, John Dowland, and Richard Dering.

For the second course of this special Harmonia edition, we've “harvested,” so-to-speak, 13th-century monophonic laude from the Laudario di Cortona.

The lauda is a genre that originated in the late Middle Ages, and brings together secular song with religious sentiment. Its inspiration may have come from a tradition of solo singing cultivated by troubadours who fled the tyranny of the Albigensian Crusade and sought refuge in northern Italy. In the 14th and 15th centuries, laude in different guises spread throughout Europe and were adapted to local languages and ritual practices. Aiding this was the lauda's simple form. Worshipers and, more importantly, non-worshipers might easily understand a lauda's text and even come to memorize the melody and lyrics.

One particular manuscript, the Laudario di Cortona, contains nearly fifty monophonic laude. Many of the words address themes of religious devotion and thanksgiving. For example, Laude novella, a “new song of praise,” is sung in gratitude for the benevolence of the Virgin Mary. "Venite a laudare," which is also in honor of the Virgin Mary, pleads particularly for her continued forgiveness toward earthly sinners.

We continue our celebration of the harvest season with a sampling of instrumental works from the Banchetto Musicale, or “musical banquet,” of Johann Hermann Schein. Schein was a composer active in Germany during the 17th century, who exhibited an uncanny mastery of the Italian baroque style. He ambitiously took it upon himself to guide his compositional output by putting forth alternate collections of sacred and secular music. Evident across both is Schein's uncanny mastery of the Italian baroque style.

The Banchetto Musicale, published in 1617, is Schein's only fully instrumental collection of music. The collection is comprised of twenty dance suites, which were not meant to be performed in concert; rather, they may have been composed for opulent banquets at the courts of Weissenfels and Weimar.

Like most composers of his day, Schein did not specify which instruments were meant to play particular parts. Although it is likely that the suites were originally conceived for viols, many Renaissance musicians would have been able to read one or more lines on instruments as different as the fiddle and sackbutt.

It’s time for dessert...and what’s sweeter than love? Our featured recording on this special harvest edition of Harmonia is the ensemble A Chantar's 2011 release, Amor Vincit Omnia, or “love conquers all,” – a diverse collection of medieval love songs.

Each member of the ensemble brings to the table his or her intimate understanding of repertoire from the Middle Ages, plus a talent for musical improvisation. The ensemble takes its name from a famous poem by the Comtessa de Dia, a female troubadour active during the 12th century.