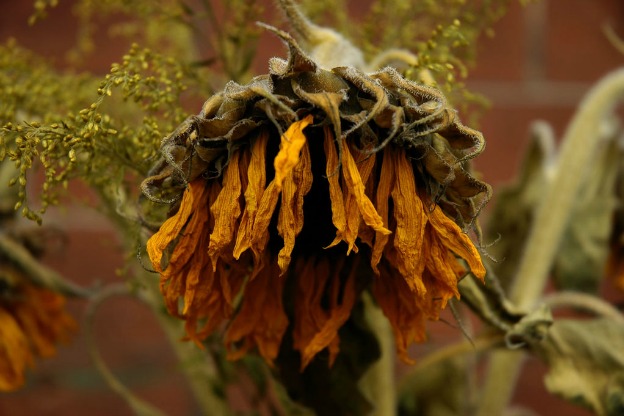 Alfred, Lord Tennyson wrote a poem about the garden at the end of the year. This seems to be an appropriate time to share it with you.

Dwelling amid these yellowing bowers:

To himself he talks:

But at eventide, listening earnestly,

At his work you may hear him sob and sigh

Earthward he boweth the heavy stalks

Over its grave in the earth so chilly;

The air is damp and hushed and close,

As a sick man's room where he taketh repose

An hour before death;

My very heart faints and my whole soul grieves

At the moist rich smell of the rotting leaves

Of the fading edges of box beneath,

And the year's last rose.

Over its grave in the earth so chilly;