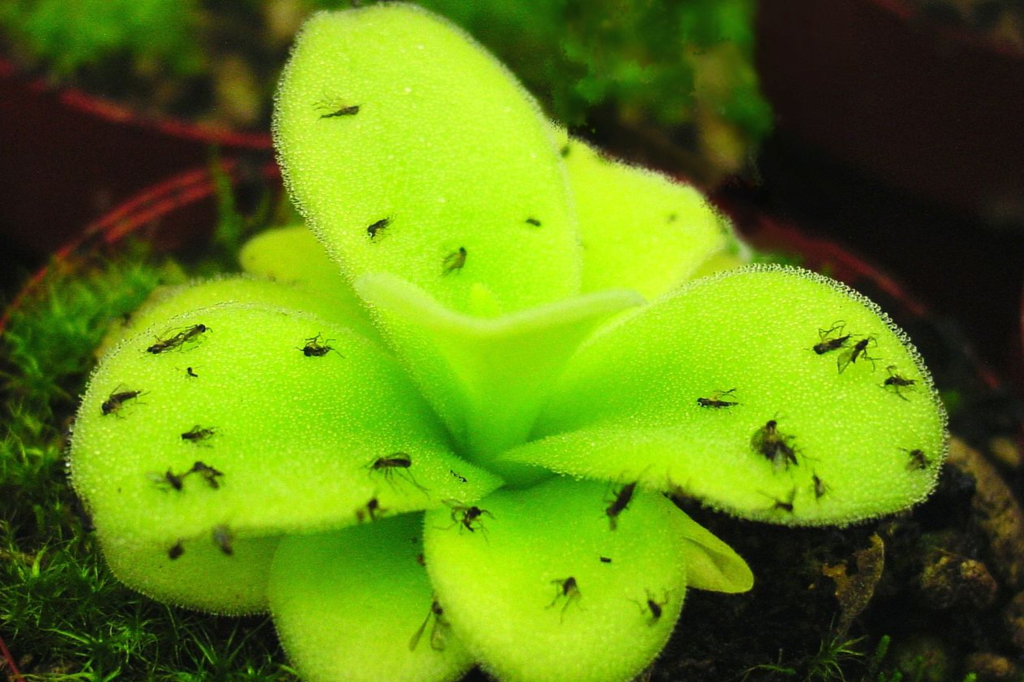 Webster's Dictionary defines a wort as a plant or herb. In Old English, it was spelled "wyrt" and meant root.

Nowadays, "wort" is often at the end of common names of old-fashioned plants. For example: moneywort, spiderwort, lungwort, pennywort, and so on.

I have become acquainted with some carnivorous worts. Friends of mine visited the Conservatory of Flowers in Golden Gate Park, San Francisco. They bought me a book by Peter D'Amato called The Savage Garden. From this book, I learned about butterworts that were first shown to Charles Darwin in the early 1880s, and thus, Darwin discovered this genus of insect-eating plants.

Butterworts are typically small, herbaceous plants just a few inches in diameter, and the leaves grow in a rosette. They feel buttery or greasy and are covered with thousands of tiny hairs. There are glands at the top of each hair that produce a drop of sticky goo, which traps very small insects like fruit flies and gnats.

Despite their gruesome feeding behavior, they have lovely little, single-stemmed flowers like tiny African violets. These flowers are designed to be pollenated by long-tongued insects and creatures such as butterflies and hummingbirds.

There is another carnivorous group of plants called bladderworts, but that is a story for another day…