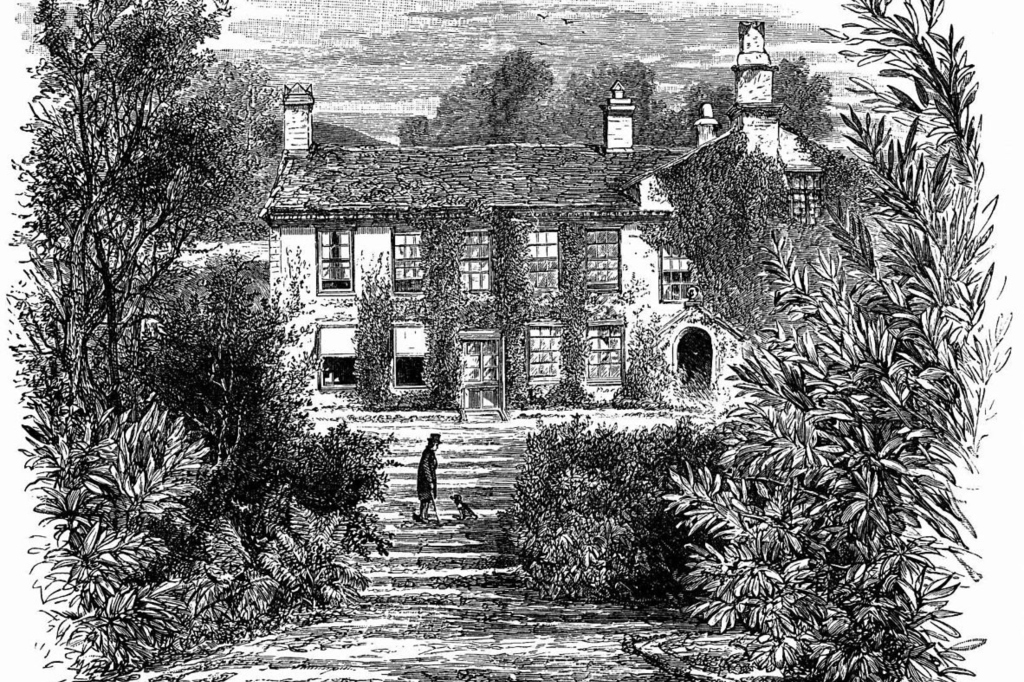 The 19th-century Romantic poet William Wordsworth lived at Rydal Mount in the Lake District of England. He did not wish to have a formal garden, as he believed that gardens should be like nature.

The present garden curator said that after Wordsworth's wife, Mary, died in 1859 the property had several owners until Wordsworth's great-great granddaughter bought the house. But, the basic design of the gardens, though overrun, was still discernible.

Wordsworth often said that he was as committed to his garden as he was to his romantic poetry. He certainly wrote about garden-related topics and flowers, such as daffodils, and he landscaped his own grounds.

The bones of the garden that he laid out such as the stone terraces, meadows, and croquet lawn are much the same today. A few years ago, 15 sketches of the garden drawn the year the poet died were discovered, and they illuminate what it looked like during the poet's tenure from 1813 to 1850.

There is also a book by Stanley Finch called Wordsworth's Flowers that provides useful information for the current curators. They explain that Wordsworth had a relaxed approach to weeds, as he wrote, "Weeds have been called flowers out of place" and "True taste has an eye for both weeds and garden flowers."