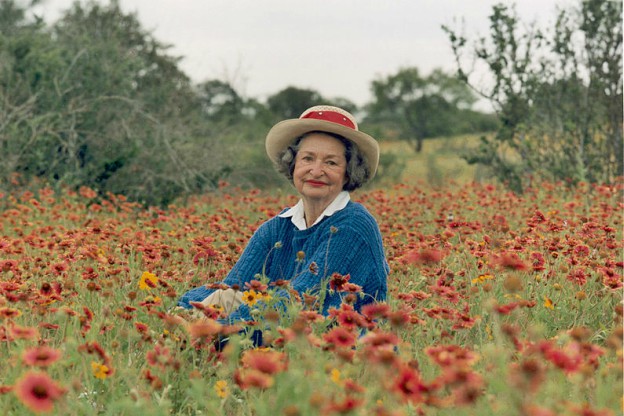 While the weather remains cold outdoors, we have to focus on our houseplants or look online for a flower fix. One site that I enjoy is maintained by the Lady Bird Johnson Wildflower Center at the University of Texas at Austin.

Mrs. Johnson, an only child, lost her mother when she was just three years old, and later in life she talked about how she found much pleasure when she was lonely by discovering the wildflowers that grew in the fields near her childhood home. Thus, native wildflowers became her passion and as First Lady she sponsored the sowing of many wildflowers along highways.

In the spring when the blue bonnets bloom along Texan highways, it is breathtaking.

The Center that is named for Lady Bird Johnson is open seven days a week, and members get free admission all year long. A visit there is on my bucket list. They have a variety of programs for all ages, and I discovered descriptions of more than 8000 plants that are native to North America on their website.

The Center was founded in 1982 by Lady Bird and the actress Helen Hayes. It is at 4801 La Crosse Avenue in Austin and is internationally recognized as a model for creating beautiful sustainable landscapes, and it has set aside millions of seeds of native plants for future generations. Designated as the official botanic garden in Texas, the arboretum encompasses 284 acres and showcases more than 800 species of plants.

Mrs. Johnson earned both her bachelor's degree and an MBA from the University of Texas, and she left them with a gift that keeps on giving.