Water Lilies: You Can Set Your Watch By Them 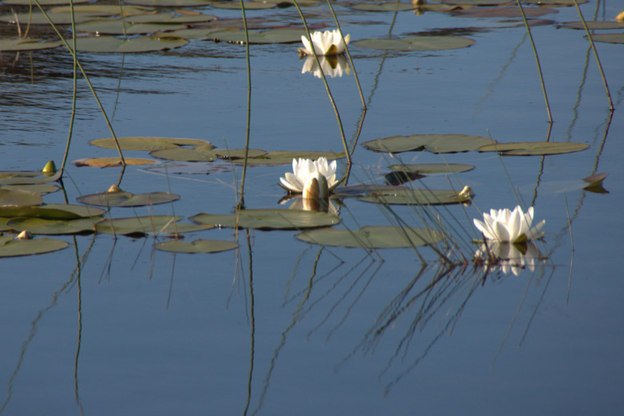 Every ten years the Netherlands hosts a world-wide horticultural show called the Floriade, where many new plants and garden design ideas are showcased.

The 2002 expo, held in the city of Haarlemmermeer, emphasized how people can enjoy the fruits of nature while appreciating the need for sustainability. A friend recently lent me his copy of the book that summarizes the exhibits (Floriade: Feel the Art of Nature, Amsterdam Pages, 2002).

One exhibit that caught my attention was a display with 200 different types of water lilies entitled "The rhythm of the day."

The plants featured in this display demonstrated that each species of water lily has a unique built-in biological clock. The flower of the familiar white water lily, for example, spends one hour from 9 a.m. to 10 a.m. opening its petals each day, and another hour from 5 p.m. to 6 p.m. closing them. The two red flowering species are much quicker; they also begin opening at 9 a.m., but by 9:05 a.m. they are fully open. Other species open and close earlier or later and take different amounts of time to do it. Each lily lives for only three days, and as it dies another bud appears to replace it. Adult plants are able to produce up to 60 blooms in one warm summer.