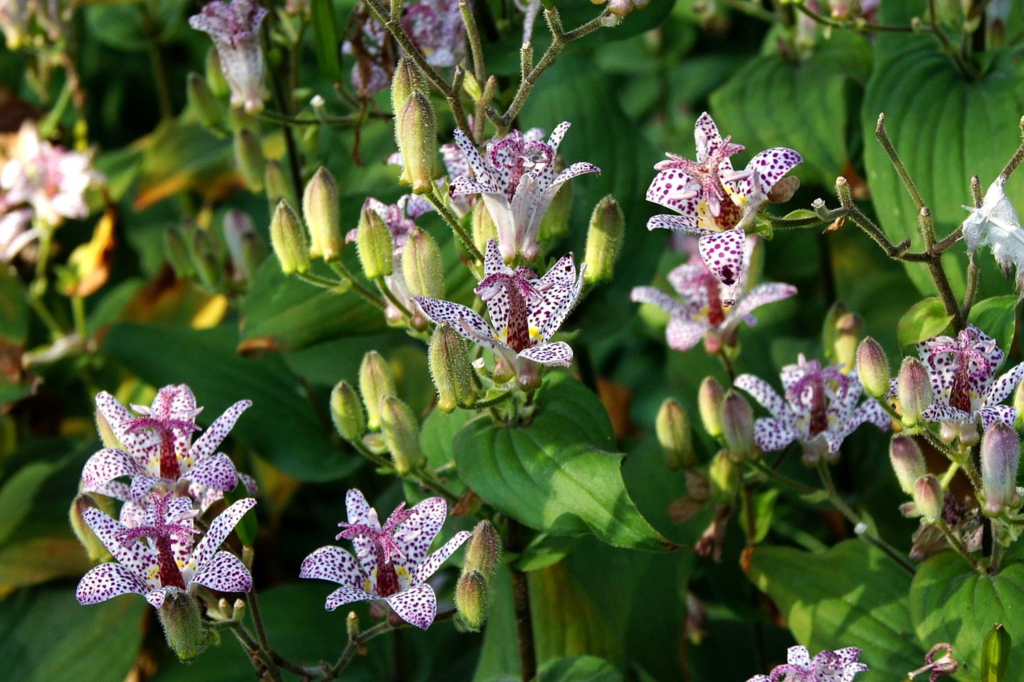 Toad lilies are not plants that I've been drawn to because the common name is so unappealing. However, I have learned recently that they belong to the lily family, which sounds much better, and that the botanical name is quite pleasant – Tricyrtis.

They are being featured more in catalogs, and it looks like there are more varieties, so I've decided to buy a few for my shady areas. Among the ones I'm considering are the 2 feet high ‘Autumn Glow' with yellow leaf margins and cream flowers freckled with purple. I'm not crazy about freckled flowers, but toad lilies, ironically since they thrive in shade, seem to have a lot of freckles.

I like the pictures I've seen of ‘Dark Beauty' because it's described as having deep purple spots. It grow 3 feet high and has dark burgundy buds.

Toad lilies are perennials that are native to the Himalayas to Japan. They form clumps of erect blooms, and the flowers appear in the leaf axels or at the tips of the stems. There are about 16 species. They like full to light shade and rarely need to be divided in zones 4 through 9, and they bloom in late summer. The flowers are unusually with a waxy appearance.