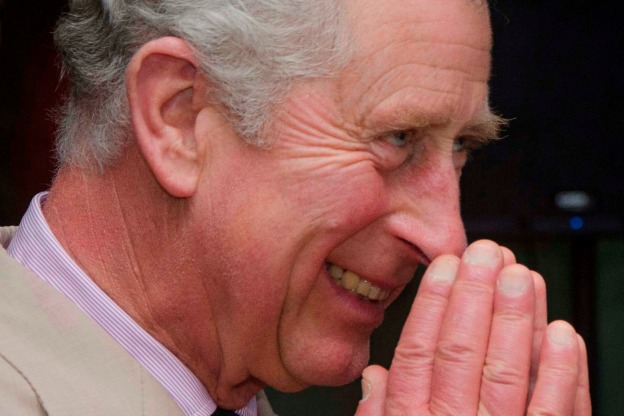 On September 28, 1986, Prince Charles of Britain received a lot of media attention. He did not commit a heroic act, nor did he make a sublime speech. All he did was say the following words: "To get the best results you must talk to your vegetables." [Turns out, he was right! Click here for an article from 2015!]

Many considered that this was not the kind of talk appropriate for a prince of the Realm. Perhaps not. And yet many gardeners agreed whole heartedly with the prince, as it is quite common for gardeners to talk to their plants. In fact it is also well documented.

"I steadied my hand, knife poised for the incision, â€˜Hello, I'm Judith, and I want us to work together to separate your root ball into two plants.'"

"As I work among my flowers, I find myself talking to them, reasoning and remonstrating with them, and adoring them as if they were human beings."

I often mutter to myself and also to the plants in my garden, and perhaps you do too. Usually I feel self-conscious afterwards and hope not to have been overheard. But if I ever am, I can always say that I am just following princely advice!