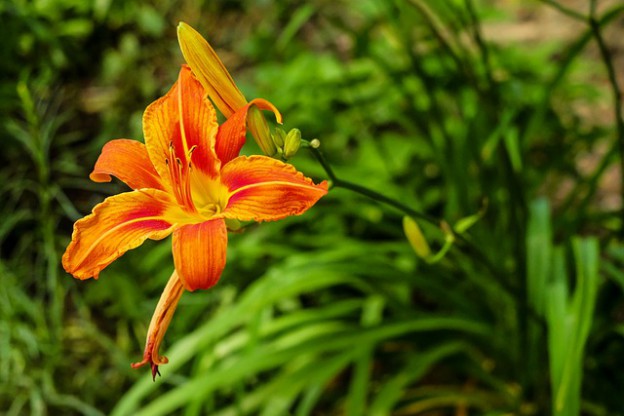 November is a good time to evaluate our successes and failures during the past growing season.

The deer allowed me to see a few of my hundreds of daylilies bloom this summer. It's probably five years of so since I last saw any daylilies bloom in my yard, so I was very happy, as my daylily plants have in the recent past served merely as a green ground cover while the deer munched all the buds off. True, the daylily foliage serves a useful purpose stifling weeds as a good ground cover should, but I had missed all those beautiful blooms when the deer deprived me of them.

Another success this year was a new-to-me spray that I used that helped deter both deer and rabbits because it had some coyote blood in it. Because of this ingredient, it leaves a red-brown color on the plants and on the gardener's clothes if you're careless, as I was when I foolishly sprayed wearing a white blouse. However, used as a perimeter spray, it did work well for me, though it is true that some sprays work only for a while, I've found.

I had more things in pots this past season, too. I put tomatoes in pots on my deck, but a wily skunk found the large ones anyway. And a cleaver chipmunk scampered around the rim of the pot containing the cherry tomatoes, knocked the fruit to the ground, and then descended happily to devour them.