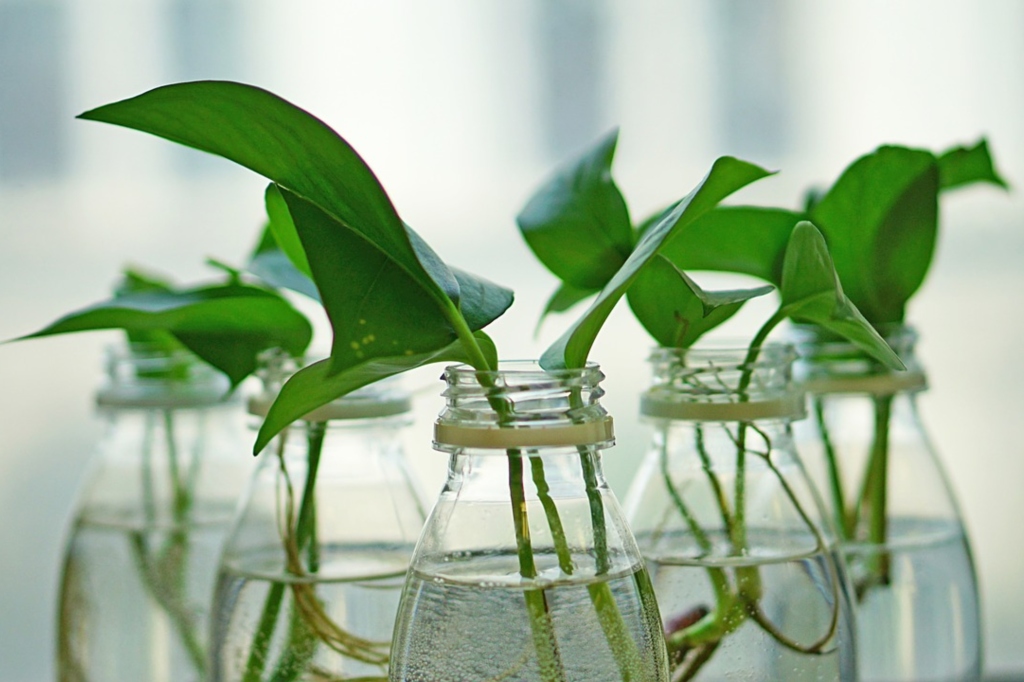 It is easy to make new plants by propagating them using stem cuttings.

I have had success with Dragon Wing begonias and other annuals. I have also started shrubs such as hydrangeas. Try those in June before the stems get woody, as soft green wood is needed to produce roots. Starting non-patented plants from existing ones is fun as well as economical.

*Glass containers allow the water level to be monitored and replenished.