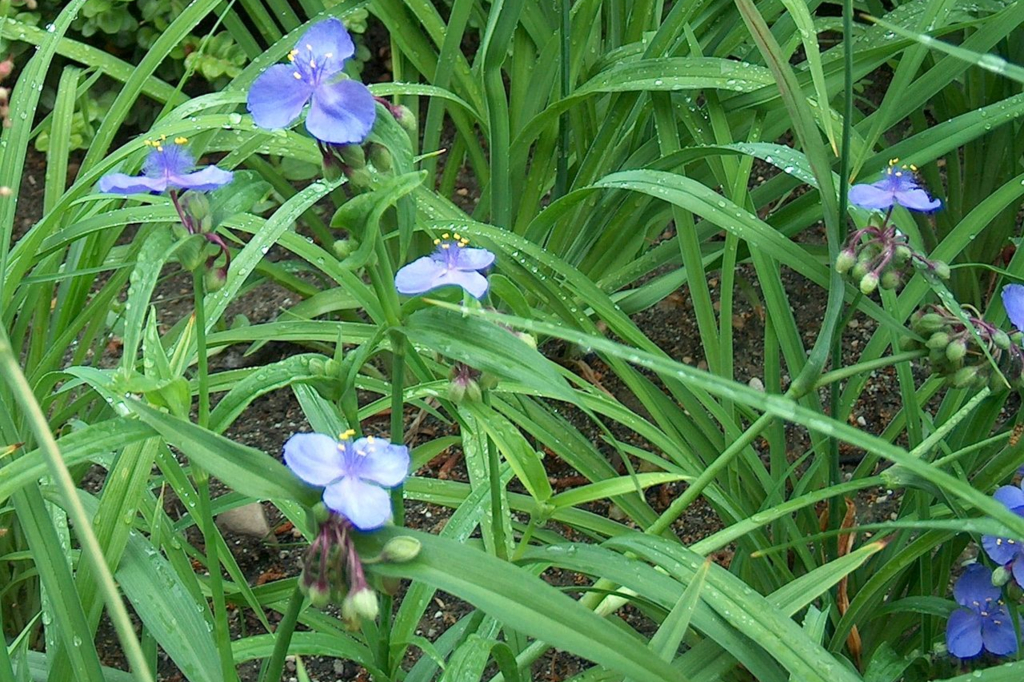 When people ask me to name my favorite flower, I always say, “Whatever is in bloom.” However, there’s one plant that self-seeds all over my yard that I pull up whenever I see it, even when it is in flower—and that is spiderwort.

It’s a native, too, which should ensure preferential treatment. It was one of those plants that was taken to England from America and named after the King’s gardener John Tradescant the Elder. His son, who succeeded him as king’s gardener, brought it to England from Virginia along with Virginia creeper. The common name for Tradescantia is spiderwort because it was originally misclassified as a member of a group of English plants that were supposed to cure spider bites but actually didn’t.

Now to why I dislike it:

I also think its foliage and form look messy and droopy among other flowers in a mixed bed.

One of this plant’s common names is widow’s tears because instead of the flowers dying or shriveling up, spiderwort has an enzyme that causes its blooms to dissolve into a wet blob.

Some newer varieties with chartreuse foliage are now available…but not in my garden.