Selma (Steele) In The Garden 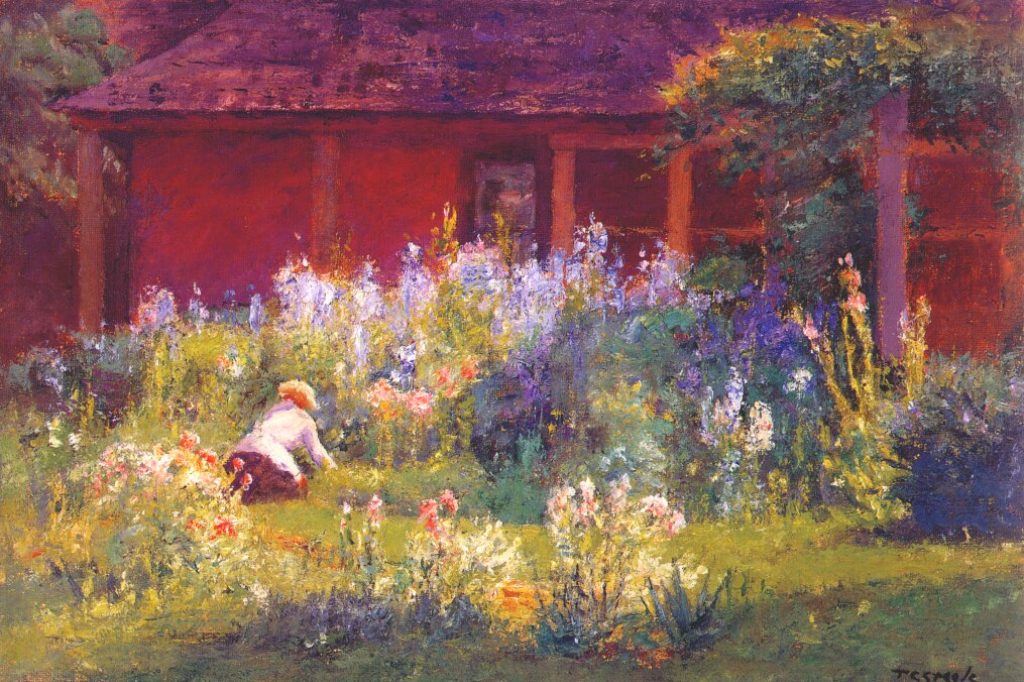 Selma's early education was in Indianapolis, but she also graduated from the Pratt Art Institute in Brooklyn, New York, in 1905. That year her brother married, Margaret Steele (known as Daisy), the daughter of T.C. Steele whose first wife died in 1899. Steele married Selma in 1907.

After the wedding, they moved to a remote hillside home in Brown County near the small town of Belmont, Indiana.Â Selma set about creating wonderful gardens on the property that they named "The House of the Singing Winds."Â One of Steele's most admired paintings is "Selma in the Garden."

The remote site was a challenge-no running water, clay soil, and few amenities. But in 1911, they purchased additional acreage, and Selma set about planning a nature trail.Â She kept copious notes about her garden and her plants, and these have been invaluable for those who restore and maintain her lovely gardens today.

The Steeles constructed a large studio in 1916, and visitors to this historic site can still see some of his paintings there.

In 1922, Steele became Artist-in-Residence at Indiana University, Bloomington, and Selma organized his studio in Franklin Hall on campus, where students could watch him at work. Her husband died in 1926, but Selma's sister, Edith, lived with her until Selma died in 1945.

Anthony Joslin, garden curator and grounds supervisor at the T.C. Steele State Historic Site, where he's solving some of the buried mysteries of Selma Steele's historic gardens. (You can hear Moya's interview with Anthony here.)