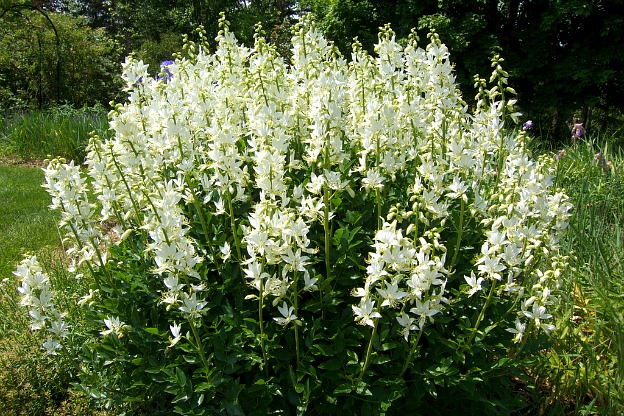 Last year I lost my dictamnus, commonly known as gas plant. I had it for at least fifteen years, and so far I have been unable to locate a company that carries it.

It is an herbaceous woody-stemmed,Â perennial that blooms in early summer, producing spikes of star-shaped white, pink or lilac flowers. It grows about three feet tall with glossy green leaves that can cause irritation to the skin. The other common names, in addition to gas plant, are dittany and burning bush.

The plant produces an aromatic oil that creates a vapor that will ignite if a match is struck close to it. Some scholars of religion believe this plant is the burning bush that burned but was not consumed as described in the Book of Exodus in the Old Testament of the Bible.

Dictamnus is the only species in its genus, and it is native to the Mediterranean and temperate regions of Asia. It likes full sun and fertile well-drained soil and resents crowding and disturbance of its roots-so it dislikes transplanting.

I am sad about the loss of this unusual and handsome plant, which I enjoyed for so many years in my garden.