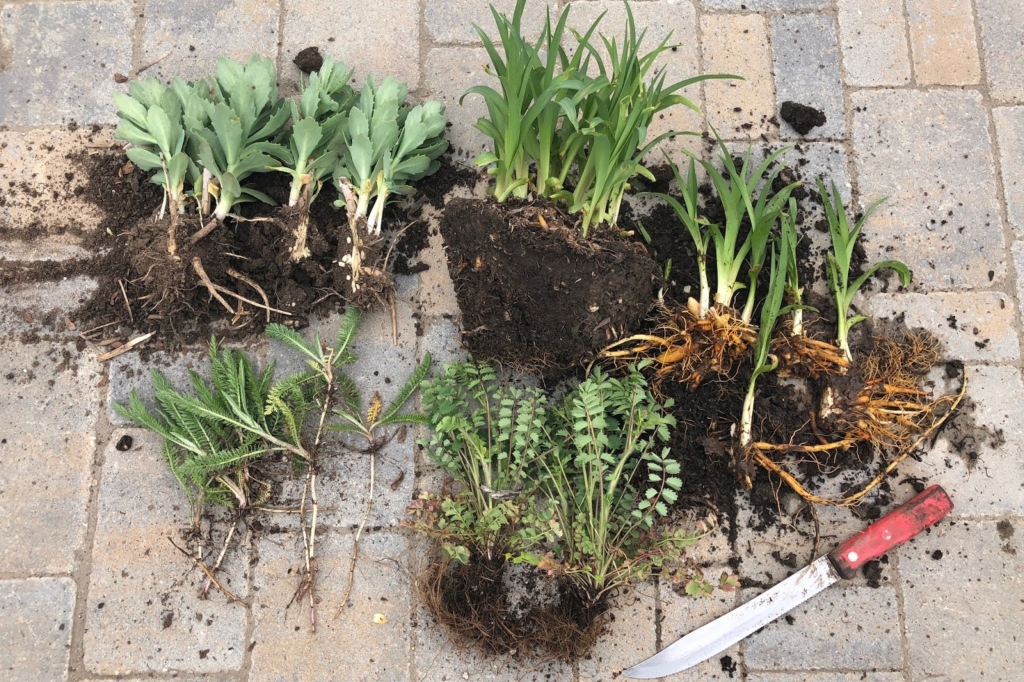 When planting perennials, dig holes large enough to accommodate the roots. Don't dig small holes and cram the roots into them! Spread the roots outward as well as downward.

If a crown is large, sit it on a mound of soil and drape the roots over it to prevent an air pocket under the crown, and then firm the soil under and around the roots. Always press roots down firmly once they are settled and water immediately.

Try to set roots taken from pots at the depth they were situated in the pot.

If you are planting divisions of established plants, divide an existing clump by digging it up completely and cutting the root ball into sections. This actually benefits the plant, as over time the middle of a root ball gets starved for nutrients, and the outer parts of the root ball will thrive as the roots at the center decline. The dying center can be discarded and the outer roots can be replanted. An alternative is to use a spade to sever outer sections of the root ball for relocation.

Generally, divide spring bloomers in early summer after they have been deadheaded. Summer bloomers are best divided in the fall. However, north of Zone 5, where winters are severe, divide most plants in the spring so that they have maximum time to become well established before winter.

Always cut back the stems of a division before replanting it.

Use two forks to separate matted root balls of plants such as day lilies, moving the handles of the forks to pry the roots apart.