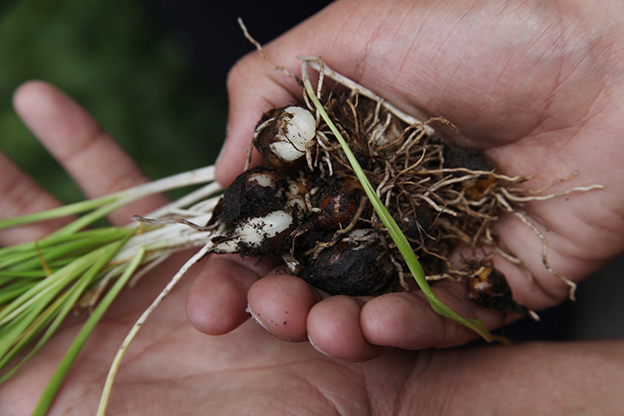 There's still time to plant more bulbs to ensure that next spring and early summer is really spectacular!

Try Camassia, also known as Indian Lily and Indian Hyacinth. This is an American native that has been hybridized by Dutch growers to make the flowers even more beautiful.

It's bloom spikes bear hundreds of starry, blue flowers that appear in succession over several weeks in the early summer garden. They extend the spring bulb-blooming season as they appear in early summer after the daffodils and tulips have done their thing.

Camassias are not as well known, but they bloom well in most types of soil and do well in both sun or shade. Plant them en masse for a sea of blue, or intersperse them in a border or under deciduous trees to co-mingle with Spanish bluebells, which also do well in sun or shade.

Hardy gladiolus, which also do their thing in early summer, make good companions with camassias as well, since their mixed colors look lovely with cool blue.

Another plant that bridges late spring/early summer is the sweet-smelling lavender mountain lily, and it's a good companion for camassias, too.