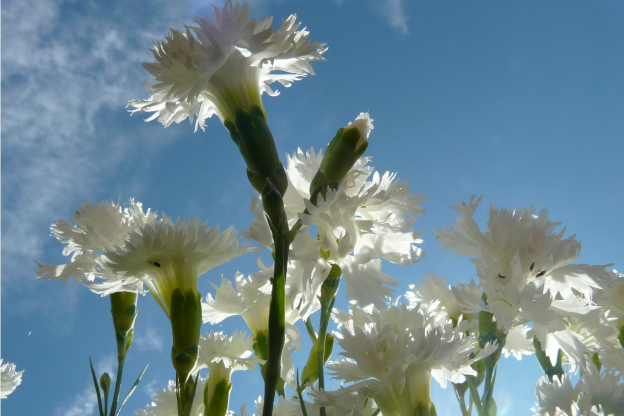 It was actually invented in 1908 by a woman named Anna Jarvis who wanted the celebration to be on the second Sunday in May because it was the anniversary of the death of her own mother. “Crowd it and push it,” she urged florists, noting that May was a month when flowers are plentiful and therefore cheaper.

Florists jumped on board, and Jarvis’s idea worked as people saw it as a chance to honor their mothers, as well as daughters, wives, grandmothers, and friends who were mothers.

Jarvis, however, became upset with the floral industry because she wanted white carnations to be the exclusive flower of Mother’s Day. This was because the holiday actually began as a day when children (both boys and girls) would honor their mothers by wearing a white carnation in their buttonhole.

Florists, understandably, were in favor of using a wider variety of flowers, partly because their suppliers couldn’t supply sufficient quantities of white carnations.

Mother’s Day is now a truly floral holiday, and flowers can even be wired world-wide.