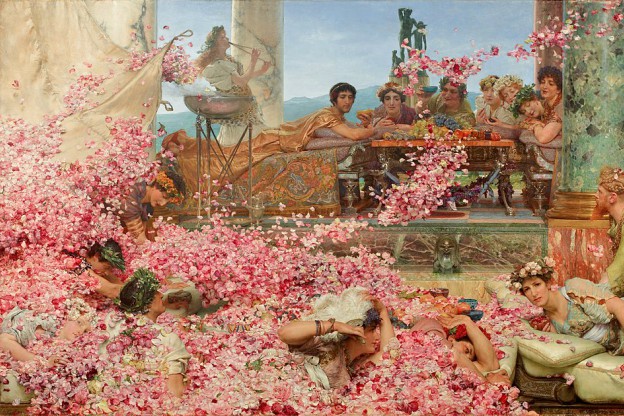 About 120 million roses are purchased in the U.S. for Valentine's Day each year, and 75% of the customers are men. Mother's day is another special day for the flower industry, but it is only a distant second in cut flower purchases.

Since red is the color of passionate love, nearly 50% of cut flowers sold are red, but roses in other colors are also popular.

Sales of flowers are strongest when Valentine's Day falls during the week and less strong when the day is on a Sunday.

Most roses are imported into the US from South America with Colombia being the biggest exporter. The U.S. purchases about a billion flowers from Colombia annually.

Modern roses, however, are not as fragrant as old-fashioned ones, as breeders focus more on other traits such as longevity of blossoms.

In recent years, there has been a movement to certify organic roses so that buyers can be assured the blooms they purchase have not been grown with or doused in pesticides. The thought of one's valentine burying her/his nose in a bunch of pesticide-ridden flowers does not help the industry to prosper. One organic flower marketing campaign actually uses the slogan "Roses with a conscience."

Reference: The Reason for Flowers by Stephen Buchmann (Scribner, 2015).