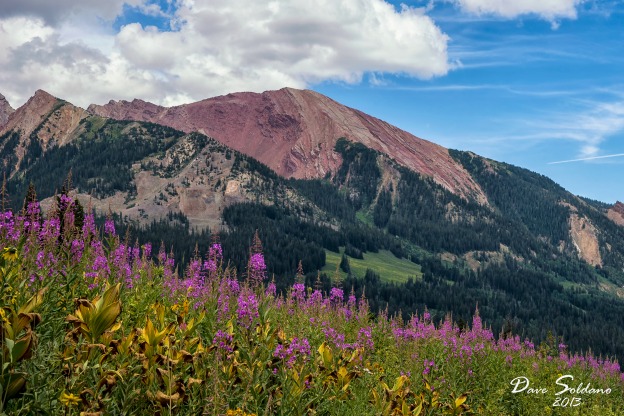 Many of us who love flowers cherish special floral memories that we hope we will never forget.

For example, once I happened to be in Meridian, Mississippi just by chance in February. I saw masses of wisteria blossoms festooning posts in a street and spring bulbs in bloom everywhere I looked. It was the most wonderful spring scene imaginable.

One fall I visited Butchart Gardens on Victoria Island in Canada and saw the most magnificent mums in massed colors, as well as sweeps of other glorious plantings on many levels.

And of course, I will never forget my visit to the Chelsea Flower Show in London or my first time at the Philadelphia Flower Show. On my bucket list is a visit to the Crested Butte Wildflower Festival in Colorado. I would like to see the early bloomers in May through early June, the mid-season flowers in late June through July, and the late season flowering in late July through early September... I also want to see Monet’s garden in Giverny, France.

In my twenties I saw the wildflowers bloom in the Margaret River region of Western Australia and that memory has lasted a long time. The bluebonnets in Texas one April, again it was a chance encounter, are also still imprinted in my head.

Often it was luck that brought me these experiences that became permanent memories. When we happen upon amazing flowers en masse the element of surprise intensifies the joy. And when we plan such a trip, the anticipation becomes part of it too.