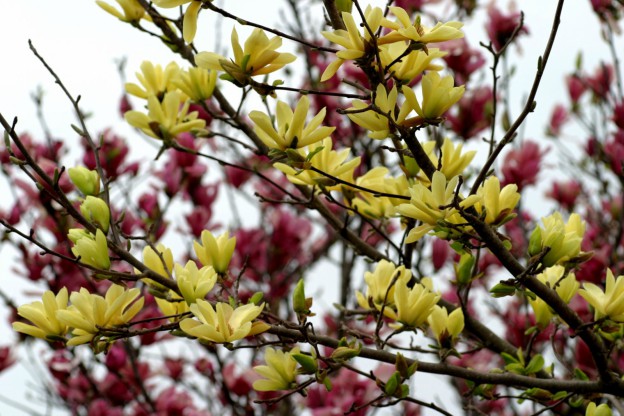 Magnolias belong to a genus that is found in both North America and Asia, which suggests that it was in existence before the continents split apart. So, it is ancient indeed!

Joseph Hooker sent M. campbellii from the Himalayan region to England in 1849. The Japanese M. stellata came to England in 1877, but it had arrived in New York ten years before.

A French horticulturist, Étienne Soulange-Bodin (1774-1846), is credited with introducing the first intentional magnolia hybrid, which appeared in 1828. It’s the Magnolia × soulangeana—the pink flowering tree that many of us have in our gardens today. Mine blooms in my Indiana garden in March.

Evamaria Sperber at the Brooklyn Botanical Garden patented Magnolia ‘Elizabeth’ in 1977. It has light yellow flowers with a tinge of green.