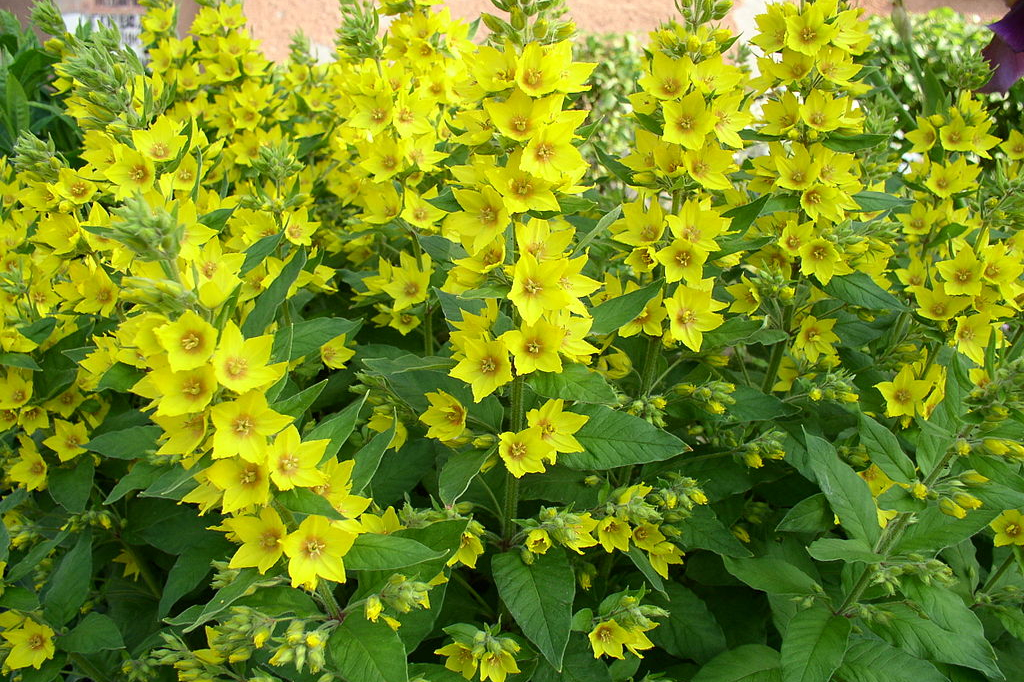 The genus Lysimachia was once valued because the plants belonging to it were used to promote healing. There are about 150 species of perennials and shrubs, and some are erect and grow about three-feet tall, while others are creepers and serve as groundcovers.

The tall plants are often referred to by the common name loosestrife, and the low growers, (e.g. nummularia), are known as creeping jennys. These root where they touch the soil so planting them in a pot helps them from becoming invasive, and they are most attractive when they drape over the rim of a pot. Try not to plant creeping jenny near a lawn, as it is a hard thing to dig it out successfully. I have seen it used as a groundcover on sidewalks where it stifles the weeds and is contained.

The tall plants in this genus are also likely to become invasive. They have the common name of loosestrife, and you may have seen the yellow form that is often referred to as circle flower. There is also a white-blooming loosestrife that has gooseneck blooms and blooms from mid to late summer in zones 3-9. These make good cut flowers but are also vigorous spreaders.