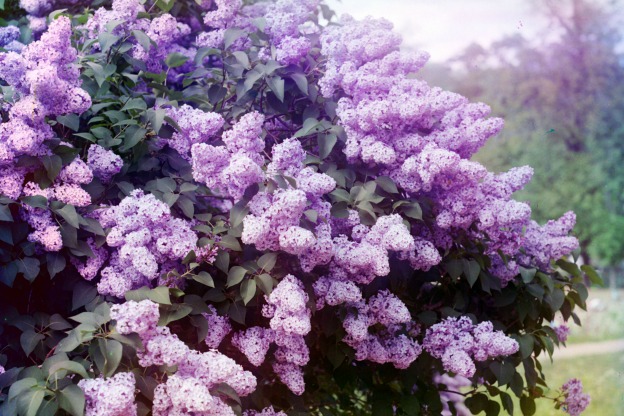 The French and the Russians bred many of the famous lilacs grown today.

(A large number of Russian lilacs can be seen in the Royal Botanic Gardens in Hamilton, Ontario.)

There have been breeding programs here for many years also. James and John Dougall emigrated from Scotland to Ontario in 1826, and James named many open pollinated seedlings of lilacs from stock imported from Europe.

Dunbar was the breeder of the cultivar â€˜General Sherman' that has dark lavender blooms that open to a lighter shade.

Although lilacs are beautiful, an important part of their appeal, undoubtedly, is their unforgettable fragrance.

Although non-native, they are a benign and much-loved import to this continent, and they have settled in so well and been so well behaved that we feel as if they have always been rooted in our soil.

Reference: Visions of Loveliness: Great flower breeders of the past by Judith M. Taylor, (Swallow Press, an imprint of Ohio University Press, 2014).