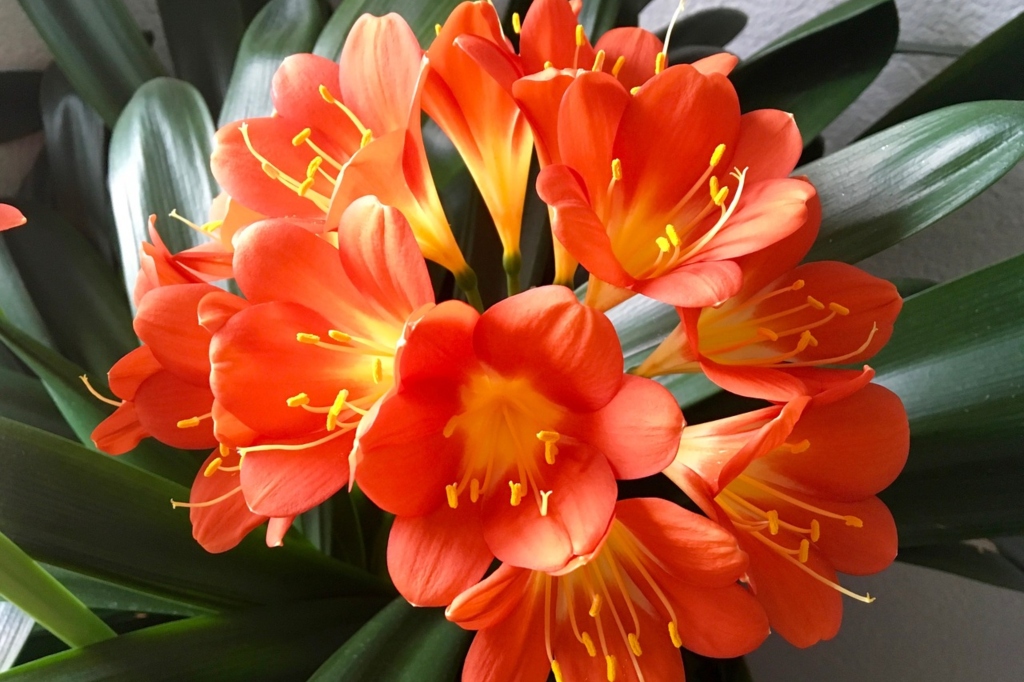 A genus of South African lilies was named for Lady Clive, the Duchess of Northumberland whose grandfather was the well-known Clive of India.

The rhizomes of this Kaffir lily brought from its native South Africa first flowered in the U.K. in her greenhouse, so the genus, (which consists of four species), is name Clivia for her.

I grow mine as houseplants, and sometime in January or February here in the Midwest they produce splashy orange, funnel-shaped flowers born in dense umbels. Sometimes the orange flowers have yellow throats, and sometimes the color of the blossoms is scarlet red. A yellow or creamy flowered species is also available in commerce. Sometimes the flowers are followed by deep red berries.

In frost-free climates they grow happily in shade or part shade outdoors and like well-drained soil. They like dry conditions in winter. Water needs to be increased during spring and summer. In cold climates they grow only in greenhouses or as very reliable houseplants. They're propagated by division, but they can grow from seed but it takes quite a while and those plants don't flower so soon.

I love them blooming in my house in the dead of winter, and I reward them by letting them summer outdoors.